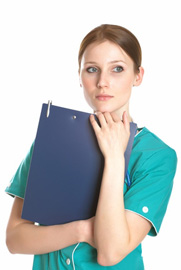 According to the U.S. Centers for Disease Control, 1,210,523 Chlamydia infections were reported in 2008 (most current). Today, Chlamydia is the most frequently reported bacterial sexually transmitted disease in the United States.

This sexually transmitted infection is caused by a bacterium, Chlamydia trachomatis, and can infect both women and men. If left untreated in women, the reproductive organs may be permanently damaged. One of the most difficult things about Chlamydia is that many women never show signs or symptoms of the infection but it is still “silently” doing irreversible damage. In fact, nearly 75% of Chlamydia infections in women produce no noticeable symptoms and 50% of cases in men also go unnoticed. Men are more likely to show signs (often similar to the symptoms of gonorrhea) than women but for men, there are also some associated health risks. The only way to know for sure you have Chlamydia is to be tested for it.

If a Chlamydia infection does result in symptoms they will most likely begin appearing 1 to 3 weeks after exposure. Here are some of the most common symptoms.

Here is a list of factors that make getting tested even more important: