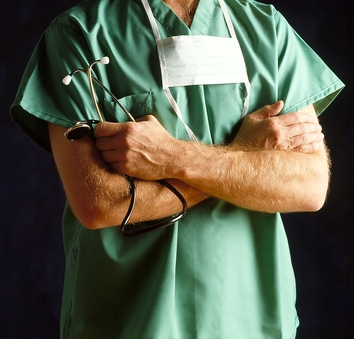 AIDS is a potentially life-threatening condition that affects roughly a million people in the United States alone. Damage is caused to the immune system which can make it impossible for the body to fight off conditions that would normally not pose a threat. Also many cancers are common in HIV/AIDS patients. Typically, people with HIV and AIDS begin to get sick not from the condition itself, but from the condition’s damaging effect on the immune system. When this damage becomes severe, AIDS is the result.

Currently there is no cure for HIV or AIDs and anyone who is sexually active or comes in direct contact with blood or bodily fluids from others are at risk of infection.

Here are some of the most frequent complications associated with HIV/AIDS according to the Mayo Clinic.

Infections:
Tuberculosis (TB): TB is one of the leading causes of death among people living with AIDS and it’s been said by medical researchers that TB and AIDS are “twin epidemics.”

Salmonellosis: This infection of the small intestine is caused by salmonella bacteria and can be picked up through water or food that is contaminated. Many people are infected with salmonella, especially in areas with poor sanitation, but it is far more common in HIV-positive people.

Cytomegalovirus (CMV): This common herpes virus can remain inactive in a person with a healthy immune system, however, a compromised immune system, like those common in people affected by HIV and AIDS, will cause the virus to be active. CMV can cause damage to organs including eyes, lungs and those of the digestive tract.

Candidiasis: This infection shows itself as a thick white layer appearing on areas of the mouth, tongue, esophagus or the vagina.

Cryptococcal meningitis: This infection causes the membranes around the brain and spinal cord to become inflamed. The cause is believed to be a fungus in the soil or a bacteria associated with bird or bat feces.

Toxoplasmosis: This infection is potentially deadly and is believed to be spread by a parasite passed around by cats.

Cryptosporidiosis: People with HIV/AIDS are likely to become infected by this intestinal parasite if they come in contact with food or water that has been contaminated. This parasite can lead to chronic and severe diarrhea.

Cancers:
Kaposi’s sarcoma: This cancer is the result of a tumor on the walls of the blood vessels. It’s not a common cancer for those not affected by HIV, those who are affected will sometimes appear to have dark colored lesions.

Lymphomas: This cancer of the lymph nodes is another potential condition.

Other health complications:
Wasting syndrome: This is a very common problem for people with AIDS. It is categorized by at least a ten percent loss of body weight, weakness, fever and diarrhea.