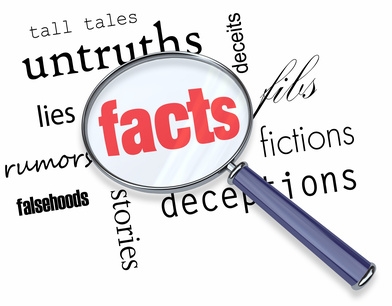 According to the Centers for Disease Control and Prevention, there are roughly one million people living with HIV in the United States. Of these people, one in five doesn’t know they are infected.

HIV is the human immunodeficiency virus that causes AIDS, acquired immune deficiency syndrome. Though HIV does result in AIDS, a person can have HIV for years before AIDS appears.

CDC reports that roughly 56,000 people in the U.S. contracted HIV in 2006. HIV can be passed from one partner to another unknowingly. HIV belongs to a group known as retroviruses and attacks the body by invading cells and using the nutrients and energy produced within the cells to reproduce and grow throughout the body. The virus is passed through certain bodily fluids, typically through sexual contact or direct contact with infected blood or fluids into the blood stream.

HIV-2 is another type of HIV that is typically also screened for during an HIV test. HIV-2 infections are found most commonly in Africa and the virus is passed in the same ways that HIV is. The main difference is that immunodeficiency seems to happen more slowly and less severely. It is also thought to not be as infectious as the HIV strand in the early stages. Both HIV and HIV-2 typically progress to AIDS.

AIDS is known as the world’s deadliest adult infectious disease and is the fourth leading cause of death worldwide. One of the most difficult things about developing a cure (for which there is currently none available) is that HIV constantly mutates and even when there is some success for treatment, often the virus becomes resistant.

Once a person is infected with AIDS, the immune system begins to break down and is unable to fight off other infections (often called “opportunistic infections”) as a result. More specifically, the HIV begins living in the white blood cells. As the disease progresses more and more T-helper cells are lost.

The CDC defines a person as having a clinical diagnosis of AIDS when they have tested positive for HIV and have one or more AIDS-related illnesses or infections. Also instead of the healthy range of 450-1200, the T-cell count or the number of CD4 cells in the AIDS infected person reaches or is lower than 200 per cubic millimeter or blood.

Symptoms
Many people do not develop any tell-tale symptoms of the HIV virus, or if they do, it is hard to tell them apart from symptoms of other common illness.

If any symptoms do appear, they may happen as antibodies are forming and typically will appear between six weeks and three months after infection.

These may include:
Fever
Rashes
Aching muscles
Swollen lymph nodes/glands

Getting tested for HIV is the only way to know for sure if you are HIV positive.