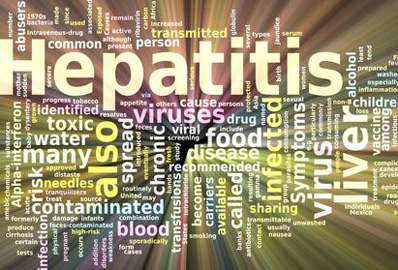 Uncontrollable Factors
Genetics
Often discovered in young children, genetic liver diseases include Wilson’s disease, Alpha-1-antitrypsin and hereditary hemochromatosis. The latter, in people of Northern European decent, is one of the most common genetic disorders. There are actually more than 100 diseases of the liver that can be inherited and while sometimes parents show symptoms, other times there will be no outward signs of a problem at all and yet they will be passed on to their children. Conversely, not all people who are carriers of the gene will pass on the disease.

Race
The groups of people who most commonly develop liver cancer in the United States are Pacific Islanders and Asian Americans.

Age
If you are over the age of 60, statistically you have an increased risk of developing liver cancer.

Controllable Factors
Alcohol Consumption
A leading cause of health problems in chronic alcoholics is cirrhosis of the liver. Everything you take into your body must be filtered through the liver; as a result an overload of toxins for an extended amount of time will cause permanent damage.

Unsafe Sex
Viral hepatitis is transmitted through bodily fluids and blood. Having unsafe sex increases your risk of developing these and other infections and diseases.

Dirty Needles
Often drug users share needles and coincidentally end up sharing hepatitis, HIV and other health conditions. The same can happen from getting a tattoo from a place that does not use clean and sterile needles or getting a blood transfusion that has not been properly treated or tested. (Transfusions which took place prior to 1992 were the riskiest.)

Obesity
Obesity can also lead to a fatty liver and an increased risk of developing liver cancer or cirrhosis of the liver. While obesity can be an uncontrollable side effect of another medical problem, if your weight can be curbed at all through healthy exercise and diet, it will be beneficial for your overall health to shed away the excess pounds.

Drug Use
When the liver must constantly filter toxic drugs from the body, damage will continually deteriorate the liver and its ability to function properly.