What Attracts a Woman to a Man? Study Says, A Strong Immune System 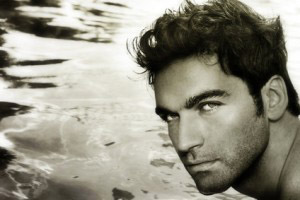 If you forget all the red roses, fancy cars and other “romantic” gestures we frequently see involved in courtship today and look back at what drew our ancestors together, the picture looks a whole lot different.

Not unlike animals today, people were drawn together by choosing what qualities would compliment their own when it came to producing offspring. This is still done today, though usually on a subconscious level. For instance, men are drawn to women with curves which makes them ideal candidates for bearing a healthy child. Women on the other hand are drawn to men with symmetrical faces for much the same reason, they appear to have genes that would benefit their offspring. According to a new study, there may be another less obvious factor for attractiveness – a healthy immune system.

Many of the features that attract women to men come from the man’s level of testosterone and it appears that those levels are higher when the immune system is functioning at it’s peak.

The study involved 74 Latvian men in their 20s. In order to see how their immune systems were functioning, researchers measured their response to to a hepatitis vaccine and were able to determine the amount of cortisol and testosterone present in the blood. With this information gathered, researchers moved on to the second half of the study. Latvian woman of around the same age where asked to rank the men in the study based on their attraction to each man’s facial features.

The results proved what researchers believed, men with more cortisol and less testosterone where actually viewed as less attractive. Men with the highest levels of testosterone were rated the highest on the attractiveness scale. Cortisol is commonly associated with a less healthy immune system so when testosterone is present more than this other substance, women are attracted to the healthy man.

Other signs that a man has a healthy body and immune systems include toned muscles, a lean body and a chiseled appearance and these are all things that attract women to men as well. If we picture the displays of courtship we see in nature, it all seems to make sense since we are after all, mammals just like they are. Picture the peacock for example putting on an elaborate show with his tail feathers. If the bird was not healthy, the feathers would be in poor condition and therefore the female peacock would likely not be as interested.