Drinks Sweetened With Sugar May Cause Heart Damage, Especially in Men 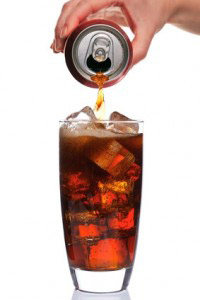 For those who make an afternoon soda break a daily routine, the latest research reveals yet another reason that sugary drinks may cause harm to your health – the possibility of an increased risk of heart disease.

We have long been warned of other medical reasons that soda and other drinks with a high sugar content are bad for us. These reasons include tooth decay and loss of enamel, brittle bones in children and obesity, just to name a few. This recent revelation however may be enough to make even the most avid soda drinker go sour on these sweet drinks.

This research was conducted by a group at the Harvard School of Public Health in Boston. Nearly 43,000 men (ages 40 – 75) were involved in the data collected for this study. They had previously been involved in a tidy that began in 1986 and ended in 2008. As part of the research, every two years the men were asked questions regarding their dietary habits and they also had blood tests taken halfway through the study.

After controlling for other outside factors that could impact the results, it was discovered that merely consuming one 12-ounce sugary beverage a day increases the likelihood of developing heart disease by 20% over those who do not drink these beverages (or drink diet versions).

For those who occasionally enjoy a soda, there isn’t believed to be an increased risk for those who have a sugary drink twice a month or twice a week. Since diet sodas do not contain actual sugar, no impact on the liklihood of develop heart disease was seen either.

So how can soda affect the heart?

Essentially when the body is constantly hit with high levels of glucose, high levels of insulin released in the body results. This insulin causes repeated stress to the body and over time these stresses can lead to diabetes and heart disease.

It’s also been said that those who constantly drink soda may also be inclined to take part in other non-healthy behaviors.