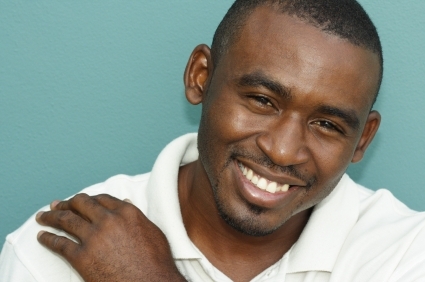 Male pattern hair loss (or MPHL), affects more than half the male population over the age of 50 and is the most common type of hair loss in men, affecting roughly 40 million men overall in the United States.

Often, MPHL is hereditary or caused by hair follicle sensitivity to dihydrotestosterone (DHT), a chemical found in the body. It has been noted that DHT actively shrinks hair follicles, resulting in the overall appearance of fewer hairs. Other causes of MPHL include major surgeries, medications or disease. The most common form of treatment includes the use of prescription pills or creams that may help slow down or even reverse the hair loss process.

What is PROPECIA®?
ROPECIA® is an FDA approved daily oral medication proven to help stop hair loss by blocking DHT and promoting hair regrowth in men.
Back to top.

How does PROPECIA® work?
PROPECIA® helps block DHT, the chemical in the body that leads to the shortening and shrinking of hair follicles. PROPECIA® not only stops the hair loss process, but also helps regrow hair.

It is most effective in treating mild to moderate hair loss on the top and middle top of the head.
Back to top.

Will the hair I grow look like my own natural hair?
Yes. Unlike some treatments for MPHL, PROPECIA® actually grows back your own natural thick and healthy looking hair. The result of a 5 year study found that 2 out of 3 men had an increased hair count with the most new hairs grown within 2 years.
Back to top.

How long will it take before I start to see results?
You should begin to see a difference in as little as 3 months. Once you begin taking PROPECIA®, it is important to continue taking it as prescribed. If you discontinue use, it is likely that you will lose the regrown hair.
Back to top.

Benefits of PROPECIA®
PROPECIA® is currently the only FDA approved daily pill proven to help reduce DHT. Unlike messy creams, PROPECIA® is an easy-to-take, once daily pill. While PROPECIA®, like most male hair loss medications, may be harmful to women (especially those who are pregnant), the pill makes accidental contact with the medication less common and is not harmful to a woman if passed through semen.
Back to top.