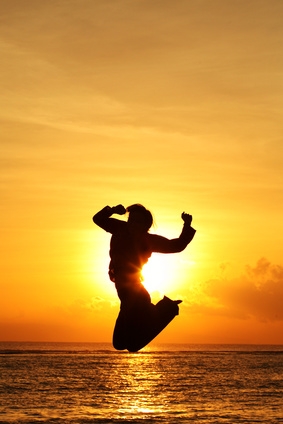 Wouldn’t it be great if there was simple pill that would cure unhappiness? An antacid of sort for life’s indigestion?

Okay, well we aren’t there just yet, however, 2010 has been a year full of medical breakthroughs and helpful insights into how we can all be a bit happier and healthier.

Here are 10 lessons from 2010  that can perhaps  inspire our  New Year’s resolutions for a healthy and happy 2011.

1. Men, want to be less antisocial? Perhaps marriage is the answer!
With all the traditional buzz that marriage will become obsolete and with celebrity relationships dissolving faster than their hit-or-miss movies in local theaters, many people are left with a bad taste in their mouth when it comes to tying the knot. This year, we have read study after study pointing to the benefits of a meaningful marriage. In fact, one new study reported this week by TIME and published in the Archives of General Psychiatry, shows that men who are married are less anti-social than those who are single. Come out of your shell guys and get hitched! Okay…you may want to proceed with a bit more caution than that, but you get the idea.

2.  Get your daily dose of Aspirin- it may help lower your risk of cancer
While this British study is still relatively new and is facing some criticism for including too few women among other sampling flaws, this study may still prove to hold some truth. As we head into 2011, keep your eyes on this headline – it may be the first step toward lower cancer risks.

3. Men are still enjoying a healthy sex life in their golden years
Yes, as we slip into 2011 you will be getting one year older – but guess what? According to a study this month, men as old as 95 are still having sex...and they want to be having sex even more than they already are! Getting older doesn’t mean you can’t still enjoy the same things you did when you were young. And, for those who suffer from ED, well there are wonderful medications like Viagra to help keep you in the game!

4. Quit smoking once and for all – studies show you will actually be happier!
When you first quit smoking, you may wonder how this could ever make you feel happier. That’s just the nicotine withdrawal. Once the physical addiction begins to subside, a study has found that those who stick with their decision to quit are much happier than those who go back and forth between smoking and not. Not to mention, if you are a man you have even more incentive to quit. Smoking may actually be damaging your sperm!

5. Work out to prevent the onset of the common cold
We have heard since we were kids, “there is no cure for the common cold.” While this is true, it doesn’t mean there aren’t ways to lower your chances of catching one. Exercise actually helps promote a stronger immune system, by aiding in the healthy “killer cells” production needed to protect you from catching a cold.

6. Get tested for STDs
If you are sexually active, it is important to your health, as well as the health of your partner(s) to know your STD status. In the New Year, get tested and then you can get the answers you need. Most STDs are curable or can be treated if detected early.

7. Fall in love – nature’s pain killer
Many people may still be hiding the bruises from a past relationship gone wrong, but if you are unsure whether or not to let your heart fall in love again, let it fall! Research shows that those who are in love enjoy many health benefits, including a decreased sensitivity to physical pain!

9. Laugh often
A study this year conducted in California revealed that ‘mirthful laughter’ has an effect on the body that is similar to moderate physical exercise.

10. Ladies, give your man a break. It could be male menopause.
Yes ladies, men can get menopause too! Well, research has found that they may go through similar emotional experiences even though the hormonal component is clearly a lot different. Testosterone can begin dropping off as early as the age of 30 and that just might make your man more than a bit irritable.

Whatever you decide to do in 2011, try to make the choices that will be healthiest for you and those you love so you can enjoy many more years to come!