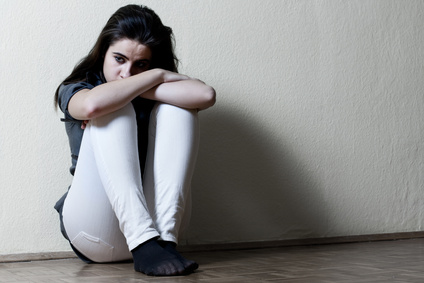 Perhaps there is no truer slogan in America than “sex sells.”

From TV shows dedicated to the hi-jinks of Playboy bunnies to bikini models in beer commercials, our country seems obsessed with all things sexual in nature. And yet we also live in a country that shies away from any open and frank discussion about sex; this is perhaps why the US has the highest rate of teen pregnancy in the developed world. We like to think we are opened minded and yet any sex that doesn’t occur in a bedroom between two married opposite sex adults is considered wrong or immoral by a large percentage of our population. For a country that thinks nothing of showing violence and gore during primetime we are light years behind the openness with which Europe addresses its sexual nature. With incidents of STD’s and violence against women on the rise perhaps it’s time we take a look at the way America talks about sex.

Call it the land of the free but in many parts of the country our peers and our government still dictate what is considered healthy and normal sexual behavior. From a young age many are indoctrinated with the belief that their natural urges are dirty or wrong. This is by no means a purely American phenomenon and we certainly enjoy more sexual freedom than in many parts of the world but we need to ask ourselves why it is ok for a TV show to depict the violent rape of a woman but nudity is still shown only in restricted movies, if at all. Many schools still refuse to teach Sex-ED and are so concerned with preaching abstinence that they ignore the fact that 40% of teenagers are having sex regardless of what their teachers and parents say. We make condoms too expensive and too unattainable and then send the message that young people deserve to be punished for having sex when they contract a disease. STD’s are not just a problem for the young; recent studies suggest that teens are having safer sex than their parents and grandparents. STD’s in the 45 and older crowd are up 20% and whether it’s the rise of Viagra, divorce or online dating more and more adults are having multiple partners and the older they get the less likely they are to use protection.

The spread of STD’s is not the only consequence of our conservative attitude toward sexual awareness. Because teenage girls are denied access to birth control, condoms and emergency contraception, pregnancy rates remain extremely high. Even more frightening is the correlation between sexual repression and violence against women. By wrapping normal sexual urges in a cloak of repression, feelings of low self esteem and guilt can easily turn towards violence. In America 600 women are raped every single day and another 3 will be murdered by someone that they are in an intimate relationship with.

The discrepancy between our sexual behaviors and our moralistic attitudes is deadly. People are dying of preventable STD’s and suffering from guilt and shame where none need exist and despite this public health crisis our government is only spending one hundred and fifty million dollars on prevention. With 19 million new cases of sexually transmitted infections expected this year and rates of violence and teen pregnancy continuing to rise, it is more important than ever that our country lift the veil of sexual repression and open up a dialogue about what is really going on in the bedroom.