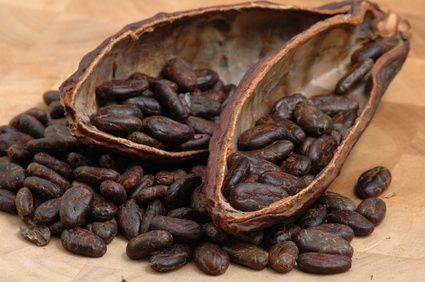 As we head into a month marked by resolutions, many of us have perhaps vowed to give up excess sugar and sweets. On the heels of the release of new information regarding the fabulous future plans for chocolate…this may not be so easy.

According to a recent article from TIME, an international team of researchers has found the key to producing the best chocolate ever. The team has “sequenced the tree’s (cacao) genome, unlocking its  vulnerabilities.” So what does it mean for those with a sweet tooth and a hankering for amazing chocolate? Heavenly smooth and rich chocolate, better than any we have ever tasted before.

This breakthrough comes from the discovery of hundreds of genes that can help make the cacao tree more disease resistant, while increasing the production of cocoa butter. In addition, this new wave of chocolate would be filled with more antioxidants and other healthy nutrients which are known to give chocolate it’s healthy side. While this new genetically altered chocolate has not yet been created, you can still enjoy the benefits of the dark chocolate that’s available today.

Many are shocked to learn the health benefits associated with chocolate, specifically dark chocolate. Perhaps overzealous dieters are missing out on a tasty and healthy snack. Of course, like most things, moderation is key.

Other health benefits of dark chocolate include:

On the other hand, not all chocolate has the same benefits. The chocolate in your stocking this Christmas is likely to be milk chocolate, which does not have these same beneficial capabilities as dark chocolate. Of course this doesn’t mean you shouldn’t enjoy it, but if you would like to go with a healthier alternative, unsweetened cocoa powder is known to contain the largest amount of flavonoids.

In fact, UK scientists have recently discovered a cough remedy with  chocolate acting as the active ingredient that is expected to be on the market at some point over the next 2 years. The specific ingredient that has been found to have cough suppressing capabilities is theobromine. One major benefit of using this cocoa derived ingredient is that it is thought to not pose the same dangers that many existing cough suppressants, like codeine which is a controlled substance, more specifically a narcotic.  It is scheduled to be tested in the coming months and could be a great medical breakthrough.

And, for the rare few out there who don’t like chocolate, the medication actually doesn’t have a “chocolaty” taste.