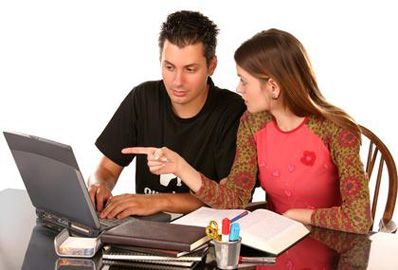 According to the American Social Health Association, nearly 90% of people with genital herpes don’t know they have it.

Knowing your STD status is important not only for your own health, but for the health of your partner as well.

Genital herpes is caused by the herpes simplex virus (HSV), of which there are two highly infectious types, HSV-1 and HSV-2. Typically HSV-1 is associated with oral herpes only which is fairly common in American adults (50 to 80%) and results in fever blisters and cold sores. HSV-2 is most commonly associated with genital herpes and results in outbreaks of small sores or lesions resembling blisters on or around the genitals. While it is possible for HSV-1 to result in genital herpes in rare instances, it is more likely that spreading HSV-1 will result in sores and fever blisters isolated to the mouth only, not the genitals.

The HSV-2 virus is often difficult to detect without a test since often the symptoms are so slight (or even non-existent) that they are commonly mistaken for another disease or condition. A single lesion or blister may appear or several at once depending on the severity of the outbreak. The first is usally the worse. People who are infected may not even begin showing symptoms until weeks, months or even years later.

HSV-2 is spread typically by genital-to-genital contact during or just prior to an outbreak or during the “shedding period” of the virus. It may also be spread from oral-to-genital contact as well. There may be actual open blisters or lesions exposed or there may be none at all for transmission to occur, sometimes the person who may spread the infection doesn’t even know that he or she has the HSV-2 virus at all.

In people who do show symptoms, they are often most severe during the initial outbreak. It’s common for this to occur within two weeks of becoming infected and typically results in sores breaking out on and around the genitals. These are often painful and resemble blisters that typically take between two weeks and a month to heal fully. Occasionally, people who have this reaction will have a second round of sores develop and may even experience flu-like symptoms and swollen lymph nodes near the groin.

Many people report a tingling sensation, itching or even pain in the area the day or two before an outbreak. This is known as prodrome or a reoccurring outbreak. The average number of outbreaks for someone with HSV-2 in a year is four to five and may be triggered by things like diet, stress, poor diet or a variety of other triggers.

Most otherwise healthy people will not have any serious medical side effects as a result of having genital herpes, though it may make it more likely to spread or become infected with the HIV virus.