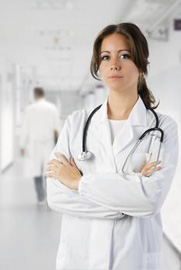 According to the American Liver Foundation, more than 25 million people are affected by liver and gallbladder disease every year.

Because the liver plays such a large role in digestion and overall health maintenance, when it begins to fail or not function to its fullest, several complications can begin to negatively impact the body. With some conditions there may be warning signs, like jaundice (the yellowing of the skin and whites of the eyes), while other diseases and problems may not show symptoms in the early stages. Initial detection is key to getting your health back on track and if you are at risk for liver problems, regular testing is recommended to monitor your liver function.

Here are some of the most common complications/diseases associated with poor liver function or that prohibit the liver from functioning at its peak.

Liver Cancer
Liver cancer affects 2 out of 100,000 people in the United States. Men are four times more likely to develop it than women. Compared to other countries, The U.S. has a smaller incidence of liver cancer since it typically affects more than 100 of 100,000 people in parts of China and Africa. This increased risk in other countries has been attributed to a toxin made by mold that commonly forms on foods like corn, grains and peanuts that are not stored in the recommended environment. In the U.S., most liver cancer is secondary, meaning the cancer begins in another part of the body and then spreads to the liver.

Treatment: Primary liver cancer is typically tricky to treat since it is rarely detected early on. Secondary is difficult to treat as well since it not only affects the liver, but other places in the body as well. If the cancer is in its earlier stages, surgical removal the tumor is typically the best option. For cases of liver cancer that are inoperable, a new procedure called SIRT, or selective internal radiation therapy, is beginning to prove effective in managing and even killing off the cancer.

Cirrhosis of the Liver
Each year nearly 25,000 people die from cirrhosis of the liver. It is a potentially life threatening condition that refers to scarring of the liver that has developed as a result of injury or long-term disease. When the liver develops scar tissue, its ability to make protein, filter blood, help fight infections, aid in digestion and store energy is compromised. It also increases the likelihood of developing liver cancer since nearly 5% of people with cirrhosis will develop it. Cirrhosis can also lead to kidney failure, nosebleeds, bruising easily, high blood pressure (specific to the vein entering the liver) and extra sensitivity to some medications. In the United States, cirrhosis is most commonly the result of hepatitis or chronic alcoholism. Some of the most common symptoms of cirrhosis include edema, jaundice, nosebleeds, itching, red palms, pain, confusion, frequent infections, weight loss and small red spots and lines on the skin.

Treatment: Cirrhosis cannot be cured or reversed but the main goal of treatment is to prevent further damage to the liver. Once the cause is discovered, it must be treated to halt further injury. Also, any alcohol or drug substances must be avoided. If the damage is very severe, a liver transplant may be necessary.

Hepatitis A, B or C
Viral hepatitis comes in three different strands (A, B and C) which each have their own symptoms, causes and impacts on the liver. In extreme cases of hepatitis B and C, liver failure may result. These three forms of hepatitis are the most common forms of liver disease in the United States.

Hepatitis A: Caused by a viral disease, hepatitis A typically does not cause long-term liver problems and will typically go away on its own. It is spread through the stool of an infected person. If uninfected people come in contact with traces of this then the virus spreads. Common symptoms include tiredness, pain on the right side of the stomach (where the liver is located), fever, muscle soreness, lack of appetite and nausea.

Treatment: Hepatitis A usually goes away on its own. The best way to help your body fight off the virus is by hydrating properly, eating lots of healthy foods and getting plenty of rest.

Hepatitis B: Typically hepatitis B will also go away on its own in otherwise healthy adults. But in some cases it can become a chronic viral infection that can damage the liver over time. Once infected it is possible to spread the virus to others through contact with blood or bodily fluids. Common symptoms include low fever, lack of appetite, nausea or vomiting, pain, soreness, rash and jaundice. Often people infected with hepatitis B never even know they have it if they never display any symptoms.

Treatment: If the viral infection is short-term, it will typically go away on its own; however treatment becomes necessary in cases where cirrhosis may occur. In chronic cases, monitoring levels and the use of anti-viral medications are common practice.

Hepatitis C: This strand of the virus is potentially the most deadly. If left untreated it can cause permanent liver damage and even liver failure. Like hepatitis A and B, the C strand may be acute and get better on its own (not very common) or it may become a chronic infection resulting in long-term damage. Most people who have chronic hepatitis C live full lives with the proper management. Symptoms include fatigue, pain and soreness in the muscles, stomach and joints, dark urine and jaundice.

Treatment: Depending on the severity of the damage, hepatitis C may not require any medication. If the risks of liver damage are higher, the doctor will typically prescribe medications to manage the virus. Exercise, plenty of water and healthy foods also help the body stay healthier with hepatitis C.

Liver Failure
When large areas of the liver become damaged, it is impossible for it to perform normal functions. Liver failure can be life-threatening and requires medical care right away. Liver failure can be the result of hepatitis B or C, malnutrition, cirrhosis or long term excessive alcohol consumption, as well as a variety of other factors. Typical symptoms include confusion, bleeding easily, fatigue and even coma in some cases.

Treatment: If failure is the result of extreme liver damage, saving the rest of the liver is of high importance. If the damage is too severe to save enough of the liver to allow for healthy function, there may be need for a liver transplant.

Hemochromatosis
This condition is the result of an excess amount of iron in the body. Iron is necessary to make hemoglobin, which carries oxygen to the cells in the body, but when there is too much present this can wreck havoc on the liver. There are controllable causes, like excess alcohol or overloading on iron pills, but hemochromatosis can also result purely from genetics. Symptoms include being weak and tired, a lowered libido, skin turning darker, urinating frequently (more than normal), and pain in the joints and muscles.

Treatment: Often the most effective way to treat hemochromatosis is to remove blood at certain intervals, therefore removing the excess iron. In other cases medications may be prescribed.