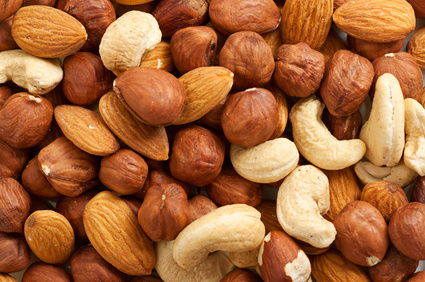 Nuts have long been hailed for their nutritional benefits, but according to a new study they may actually be the key to longevity.

A study conducted by Brigham and Women’s Hospital and Harvard Medical School looked at a large population of men and women. The correlation between nut consumption and longevity was studied in the largest research study of it’s kind. In fact, those who eat seven or more helpings of nuts actually have a 20% lower risk of death after four years than their non-nut eating peers.

So why exactly are nuts so good for you?

It’s long been known that the protein levels, unsaturated fats, vitamins and antioxidants found in a variety of nuts are beneficial. These benefits have been linked to a lower incidence of cancer, heart disease and respiratory problems.

It’s recommended that the average adult enjoy 5 to 6 ounces of nuts each day in order to stay healthy. The nuts included in the study were almonds, cashews, hazelnuts, macadamias, pecans, pine nuts, pistachios and walnuts.

The great thing about nuts is that they are a natural and healthy addition to many meals or can even stand alone as a snack. Also revealed in the study was the fact that those who ate nuts were also less likely to be smokers, were leaner and in general were in better health. The study spanned over a 30 year time frame and included both men and women. Additonally the study revealed that those who ate nuts were more likely to eat other healthy foods like fruits and vegetables.