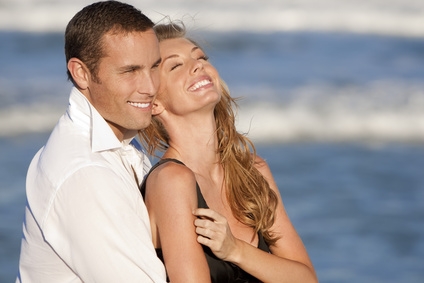 While many of us search for a variety of ways to “spice up our love lives,” it appears that we all have the power within  to improve intimacy and enjoyment with our partner. A new study reveals what makes sex the most enjoyable – and it’s probably not what you are thinking…

According to this new study, key personality traits like higher self esteem and empathy are key to being comfortable with your partner and ultimately enjoying a healthy sex life. The results came from a study of 3,200 students ranging from 18-26 years of age who were studied for a year as a section of the National Longitudinal Study of adolescent health.

The results found that men were more likely (87%) than women (47%) to report sexual satisfaction. Furthermore, the study also discovered that when it came to pleasing one’s partner, men were more likely to do this than women simply for the sheer enjoyment of making their partner feel good. Researchers studied the personalities of those who reported higher sexual satisfaction and enjoyment of giving and receiving sexual pleasure. In women, multiple personality aspects appeared to contribute while in men it was simply one. For women, (according to an MSN article) empathy, high self esteem and autonomy (following personal beliefs over ones that are conventional wisdom) played a role in their level of sexual pleasure. For men, it appears that only empathy influences them.

This information led researchers to believe that for those who are motivated by making their partner happy they in turn reach a higher level of sexual satisfaction. Along this same train of thought however, other research has concluded that many generations are beginning to lose empathy as a general trait, which may lead to problems in the bedroom later.

While many women report that their feelings of low self esteem hold them back sexually, men do not seem to have this same sort of inhibitions at least when you are speaking of the majority of men. When we are able to communicate and understand each other on a more emotional level, sexual satisfaction rises.

It’s hard for many women to let go of the hangups that have in regards to their own bodies, often wondering if her partner is looking at this supposed fat roll or this bit of cellulite. For these reasons, many women are preoccupied rather than feeling empathetic as their concentration is not in the moment.

Self esteem isn’t something that happens overnight but if women can learn to be confident in spite of their perceived flaws, both partners may actually find intimacy becomes more enjoyable.