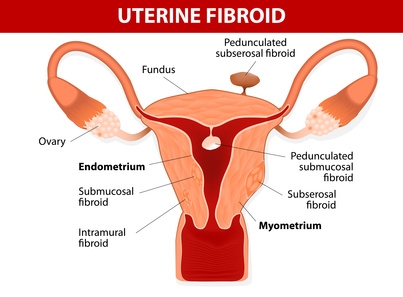 For women with uterine fibroids, pain and discomfort often become a way of life. While these tumorous growths are normally benign, a common procedure for their removal has now been linked to an increase in cancer.

The treatment known as “laparoscopic power morecellation” is performed by surgeons who go in with a power tool to chop up or grind fibroids for removal or the uterus during a hysterectomy. These smaller pieces are then removed through tiny incisions. While this procedure has become commonplace and is minimally invasive, the FDA estimates that 1 in every 350 women who undergo morecellation may have an undiagnosed  type of cancer known as uterine sarcoma. If this cancer is present, then the process of removing the uterus or fibroids may actually spread the cells to other parts of the body, mainly the abdomen and pelvis.

Currently the procedure is not being banned by the FDA but they are urging doctors to really take the risks into account before recommending power morecellation to their patients. Many women are not aware that while the risk isn’t extremely high, they are still potentially compromising their health.

Often doctors recommend removal when fibroids cause pain, pressure and bleeding. There are other therapies which have been used for shrinking the fibroids in size, including ulipristal acetate.

For more information on shrinking fibroids without surgery, check out treatingfibroids.com.