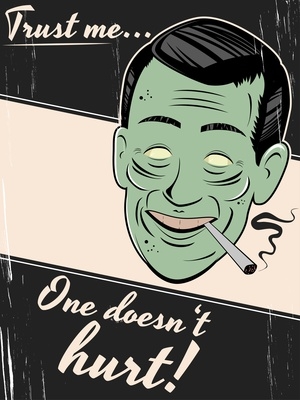 When you first read the headlines, it can be a bit confusing.

When we think of the FDA (Food and Drug Administration) we normally picture things that are unhealthy not passing FDA approval.

So how can the FDA be allowing two new cigarette types to hit the market?

In 2009  a new power was granted to the FDA allowing the regulation and review of certain tobacco and cigarette products. While the FDA doesn’t endorse cigarettes or claim that they are healthy in any way, shape or form, it’s role is to be certain that new products are no more harmful than those already on the market. In this regard, they are ensuring the “safety” (comparatively) of the new products on the market. This allowance of power is known as the Family Smoking Prevention and Tobacco Control Act.

While the FDA has had the power to regulate since 2009, it’s only now in 2013 that the first actions have been taken. Newport will have two new cigarettes added to their product line after getting the green light from the FDA.

One large part of the act which has been ongoing since it’s approval is the regulation of cigarette marketing. In fact, the FDA caused a stir in both the smoking and non-smoking communities when it began enforcing the addition of graphic images or labels on cigarette packs. As was anticipated, the tobacco companies fought back by suing the FDA for violating their free speech.

While smoking is a habit that will undoubtedly be a societal staple for decades to come, the trend has continued to decline over the last 10 years and with the FDA serving as the watchdog, it appears tobacco companies may need to come up with new marketing tactics.