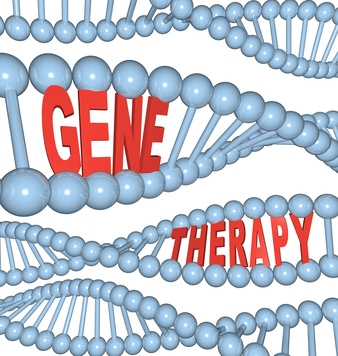 Gene therapy is an area viewed by some as the medical world overstepping it’s bounds and by others, as a way to vastly improve the lives of people living with certain disabilities or genetic diseases.

It can also be argued that its use allows future generations to avoid certain types of   genetic diseases through procedures like germline gene therapy, which is done in egg and sperm cells.

Are doctors overstepping the bounds of nature vs. medicine? We all seem to have a different answer to this question and our own opinion on this rather heated topic. however, some  rather compelling new uses for gene therapy may have some questioning their initial stance.

A recent issue of the Science Translational Medicine journal published the findings of a study on the genetics behind depression. By using mice and human brain cells in the study, researchers found that the lack of specific protein, P11, may actually be linked to depression in mice as well as humans. When the gene which release this protein is targeted, it appears that people with depression could respond well to a specific type of gene therapy centered around these findings.

The rather complex study was headed up by Michael Kaplitt of the Weill Cornell Medical College in New York City and his colleagues, one of whom was Nobel Prize-winning brain cell researcher Paul Greengard of Rockefeller University in New York City.

These researchers observed the behaviors of mice who were bred to have the same qualities typically associated with depression in humans. The mice were then infected with a virus containing the gene for the protein which attacked the “reward center” in the brain.

The result – mice acted less depressed and seemed more like the ordinary mice when the protein was released as a result of the gene.

Many medications on the market today for the treatment of depression target the lowered levels of serotonin that are normally found in the brain of those experiencing depression. The findings of this study may help change the way depressed people are medically treated in the future. Perhaps with a combination of serotonin and P11, the medical world may be on the verge of creating a therapy that can help reduce feelings of hopelessness, anxiety and dread in the lives of many. In fact, major depressive disorder is  said to be the #1 cause of disability in the U.S. for those between the ages of 15-44, affecting approximately 14.8 million American adults.

Perhaps on an even less complex level, studying specific genes in depth can help clue us in on the best ways to keep ourselves healthy in the future based on what our genes have in store.

For example, while a gene therapy is not yet on the market for alcoholics, looking at someone’s genes may reveal the likelihood that they will develop an addiction.

An estimated more than 17 million Americans have a drinking problem – meaning they meet the qualifications for having an unhealthy relationship with alcohol. A recent study has found that perhaps the line that separates those who can drink socially and those who cannot seem to stop once they start may in fact come down to a gene.

It is believed that there is a gene that makes some people far less sensitive to the effects of alcohol. Think back to your college days or perhaps a move or TV show in which young adults try to have drinking contests and other not-always-so-healthy contests. The point is, there are those who can drink a little and feel very drunk and there are some that can drink what others view as a very large quantity of alcohol and they seem completely sober. It is now believed that those who have this alcohol tolerant gene are more likely to develop a drinking problem.

It’s said that 10%-20% of Americans may have this gene. While there is not a gene therapy devised as of yet to help cut down the chances of young people growing up to have a drinking problem, it may actually be able to one day help predict, and warn, those with the gene to more closely monitor their alcohol intake.