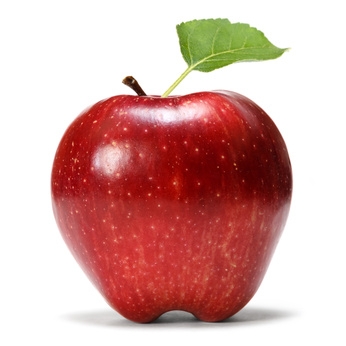 Most of us have heard the old saying ‘an apple a day keeps the doctor away,’ but new studies have found that actually an apple a day can prevent thousands of strokes from occurring in 50-year-olds.

This is according to a U.K. study which found that apples and fruits may actually work better for preventing heart attacks than the normally prescribed statin medications. Most will agree, if health can be managed without medication, that’s ideal.

By creating a series of mathematical equations, researchers could see the outcome of what an apple a day, vs. a statin a day would have on overall cardiovascular health. One variable which was factored in is that typically only about 70% of patients actually take their doctor’s advice. With this in mind, they estimated that an additional 17.6 million people over the age of 50 would be prescribed a statin as part of this plan. Furthermore, if 70% followed the doctors advice, then there would be 9,400 deaths avoided from the use of statins.

Now lets compare this to eating an apple a day instead.

Say 70% of the people took this advice, (about 22 million), there would be 8,500 fewer deaths. Yes, this is lower than the projected amount saved by statins, but when you take into account that there are many unwanted side effects associated with the medication, the apple seems to be the better way to go.

For a more in depth read, check out this CBS News article on the study.