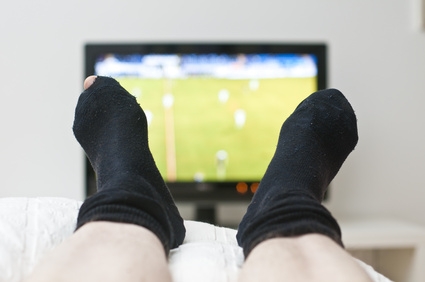 We are long past the days of claiming ignorance when it comes to activity and how it improves our health, but here’s one you might not have heard yet – couch potatoes have lower sperm counts than their active peers.

This week, a study from the British Journal of Sports Medicine revealed that the amount of hours spent in front of the television can actually lower a man’s fertility…by much more than you might think.

Men who viewed television for more than 20 hours a week actually had a 44% lower sperm count than men who reported watching little to no TV.

Men who exercised 15 or more hours a week had 73% higher sperm levels than those who exercised fewer than 5 hours a week. According to a recent LA Times article on the subject, these findings are falling in line with what many researchers have previously claimed. Since Western men are becoming collectively less active, they are also becoming less fertile.

The study included college students ranging in age from 18 to 22.

Previously, it was reported that athletes and extremely active men were likely to have a lower sperm count, however, this new information seems to challenge these past ideas.

So what if you are a man who is active and watches TV? It appears fertility is not impacted as harshly as those who forgo exercising altogether for television time.

But is fertility directly impacted by this? The study could certainly show that sperm counts were lower in these inactive men but of course fertility involves more than just sperm count. Other factors like the ability for the sperm to swim and sperm quality did not appear to be impacted.

Essentially this new study has raised a lot of questions and offered additional insight in to yet another physical consequence of inactivity. It’ s now serving as a great jumping off point for further research.