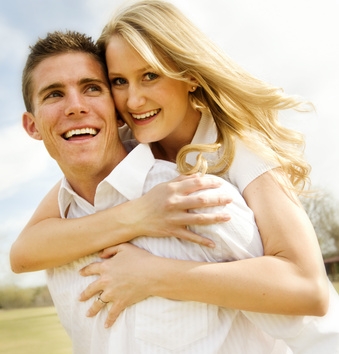 It may come as a shock to some that men, not women, are most satisfied by being kissed and held.

If most of us were asked to give our guess on which partner seemed to need this attention more, it stands to reason many of use would assume it would be the woman. While this may seem a bit sexist, society has reinforced our belief that women are nurturing by nature but also crave the “mushy” stuff in a relationship. Men on the other hand have the reputation for being tough and less affectionate. According to this new Kinsey Institute study and a recent TIME article on the subject, perhaps these stereotypes can now be laid to rest.

The Study
The Kinsey Institute has a long history of studying sexual behavior patterns in both men and women. This recent study included roughly 1,000 heterosexual couples from 5 different countries who were in long-term committed relationships averaging 25 years. In order to judge the sexual satisfaction of each individual, questionnaires were issued.

The Results
Many will be shocked to know that while activities like “kissing and cuddling” lead to a satisfaction level that is nearly tripled by these actions in men, women really didn’t report any higher level of satisfaction from these acts of affection. One finding that may be slightly more on par with what many of us believe to be true is that both sexes who partake in these acts of kindness, in addition to more sex, reported that they are more satisfied with their relationship.

Better With Age
Another fact that seems to override our preconceived notions is that flings, or one-night-stands,  may not really be the best sexual experience after all. In fact, women who are with the same partner for 15 years or longer reported that their sexual satisfaction has increased as the years pass.

How Americans Rate on The Marital Happiness Scale
The main countries which were involved in the study included Japan, Brazil, U.S., Germany and Spain. The results found that Japanese men were the most satisfied,  followed by Americans and then Brazil and Spain. This may be in part due to the fact that Japanese men were 2.61 times more “sexually satisfied than Americans.” When it came to the women, Japanese and Brazilian women were the leaders in reporting sexual satisfaction.

Reaction
The reaction to the TIME article which reported this study seemed surprisingly harsh on this evidence.  Out of 8 comments, the majority stated that they felt this type of personal information could not be accurately reported through a study, indicating that the way in which questions were worded or asked could have greatly impacted the outcome. One also suggests that “we are more complicated than these surveys tend to show.”

What are your thoughts on this study? Do you feel it was conducted accurately? Here is the complete study as published in the Archives of Sexual Behavior. You be the judge, is this an accurate portrayal of what makes men and women happy in relationships?  Do you think women need affection in the relationship just as much as men in order to stay satisfied?