The past year has been 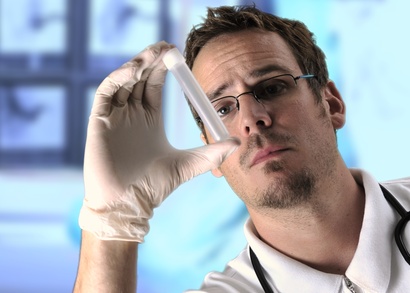 a very exciting time in the war on HIV and AIDS. While a cure remains elusive there is new hope that the spread of HIV can finally be slowed. At the recent AIDS forum in Rome scientists announced their findings regarding advances in HIV prevention. Here are some of the highlights:

Pre-Exposure Prophylaxis (PrEP)
In a continuation of a study begun last year in San Francisco, two separate groups of researchers have announced that there is a pill, that when taken daily, can greatly reduce the risk of HIV infection in healthy people. Researchers from both the CDC and the University of Washigton conducted tests in Africa on the medication Truvada. When taken daily, this combination of the antiretroviral medicines tenofovir and emtricitabine, reduces chance of infection by over 70%. In the earlier study in San Fransisco Truvada prevented infection in gay men by 90% when taken properly. While this is a big breakthrough for scientists it is unlikely that Truvada will go mainstream. It is far more cost effective to treat those already infected and ethical questions have arisen about giving healthy people powerful drugs that they don’t need.

Antiretroviral Treatment Prevents Infection
The most recent studies have confirmed what many experts already suspected; using treatment as a means of preventing infection works. When people infected with HIV received an early start on HIV medications not only did their chance of survival go up dramatically but in a study conducted on almost 2000 couples, where only one partner was infected, their risk of infecting the healthy partner decreased by 96%.

Circumcision
Three years ago the World Health Organization recommended that circumcision should be incorporated into any program targeted at preventing the spread of HIV. In three separate clinical trials the rate of HIV was 60% lower in circumcised men, the problem was that researchers had no idea why this was the case. Now thanks to a new study they believe they have the answer. Following circumcision there is a significant change in the bacterial environment of the penis. Anaerobic bacteria that are abundant before circumcision can inflame the genitalia increasing the risk that immune cells will be infected with HIV. Since these bacteria can’t grow when oxygen is present they all but disappear after circumcision. After just one circumcision initiative was launched in a town in South Africa new cases of HIV dropped by 76%.

While these scientific breakthroughs are encouraging the problem of financing and implementing them remains. These advances come at a time when AIDS funding is steadily decreasing. With new infections still on the rise, nearly 2.6 million infections in 2009 alone, it is more important than ever that the AIDS epidemic gets the financial support needed to treat the more than 33 million people living with HIV.