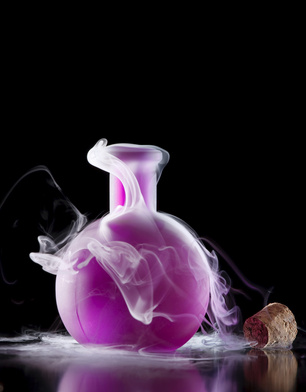 So “Love Potion No. 9” may have simply been a catchy song of the 60s, but many doctors and scientists have believed for some time now that a natural love potion of sorts really does exist. It’s called oxytocin.

It’s the same natural chemical that bonds mothers with their children and even women to their mates. Oxytocin has this miraculous way of building the bonds of trust and nurturing – that is, if that is how you were treated as a child. This last statement comes from the outcome of a new study to see how exposure to the chemical effects the emotions of men.

In the November 29th edition of the Proceedings of the National Academy of Sciences, a study reporting the impact of the natural chemical on men was published. It has long been understood that oxytocin has an impact on emotional state, relationships and bonding, especially as these relate to tying women to their children and also their mates. This new study shows that the reaction is not always so positive in men.

If a man was not nurtured or cared for lovingly by whoever raised him, typically his mother, the ill feelings towards her may return when he is exposed to the chemical. On the other hand, if he was well cared for, the happy memories and feelings of love he had then for her will often resurface.

To come to this conclusion, researchers studied 31 men who ranged in age from 19-45. They were asked to think about their early relationships with their mothers based on their childhood memories. Twice the men returned to visit the clinic. For one visit, they were given oxytocin and for the other they were unknowingly given a placebo. The men who had originally reported feelings of closeness or fond memories of their mothers responded to the oxytocin by having these same feelings amplify. Those who did not have such warm feelings during childhood felt more unhappy or bothered by these memories after being given the natural chemical. By comparison, both of these groups emotions were less noticeable when the placebos were administered.

Scientists now are beginning to see more than ever why some of our youngest childhood experiences continue to stay with us as adults. This complex natural chemical is typically associated with feelings of happiness, trust and bonding but for some, the impact is not the same.

Perhaps this is just one more reason that men and women typically react differently throughout the many stages of a relationship. When a women breastfeeds her baby for the first time, she receives a rush of the natural chemical to bond her to her child. It’s essentially a mechanism hardwired into the brain to help animals, or in this case humans, protect and nurture her offspring.

Relationship experts and scientists have also found that women, not men, naturally produce this same rush of chemicals when they are intimate with their mate. She then experiences these feelings of trust, compassion and loyalty for her partner. It’s the way the brain is wired. What men sometimes view as a woman being “clingy” after things have advanced to the next level, may really have more to do with natural chemicals than some crazy female desire to pressure him into a relationship or become “too attached.”

What may strike some as odd is that companies have started selling the chemical. In fact, there appears to be a real market for it. Often packaged in a nasal spray form, it’s marketed as “liquid trust” along with many other, perhaps misleading, claims. Many of these sites boast that you will be “better in business deals,” since their product “helps you instantly trust and form relationships with those you meet.”

If you ask me, I would rather not have anything guiding me in relationships or business deals other than my own gut feeling. There are a variety of potentially beneficial medical treatments currently being investigated, and to me, these make more sense than the over the counter “liquid trust.”

It sort of reminds me of the spray hunters use to lure bucks out into the open in search of a female. Unfortunately, it doesn’t end well for the deer and I can’t see this oxytocin “trust elixir “really ending well for those looking for love or relationships either.

What do you think? Would you ever want to use something like this?