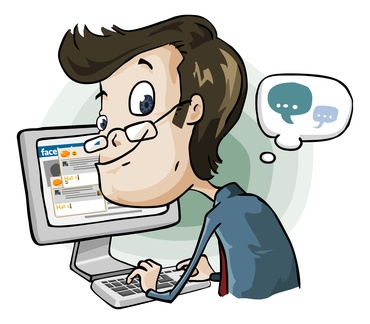 What do you think you could recall faster, a line from a book you’ve read or a Facebook status you saw posted?

These results came from research out of the University of California San Diego. A group of 280 undergrads were gathered for the experiment which consisted of each student reading 100 sentences from Facebook pages, 100 sentences for books and also looking at a serious of photos of human faces. In order to level the playing field, and make words lest likely to stick out, all instances of capitalization, punctuation and any other distractions like emoticons were removed. In theory, the words in the book should have been very similar to the words on the Facebook pages.

So why is that?

One theory is the tone in which the content is written. Think about the way in which most Facebook statuses are written. They are conversational in tone, sometimes humorous and are often lighthearted or even gossip worthy. These types of sentences seem to strike a cord with our memories, categorizing them as easier to recall than the words in book or faces we have seen.

When words are written the way we typically speak, they are more likely to stay in our minds and mesh more cohesively with our thoughts.