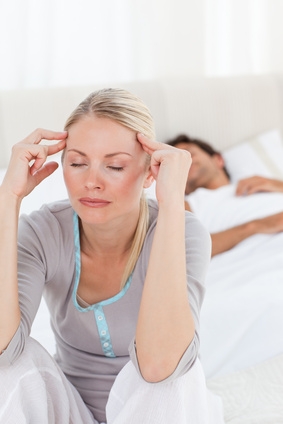 “Honey, not tonight I have a headache.”

Yes, this timeless  punchline has been the joke in too many story lines to count, but if you are suffering from a headache, forgoing sex may not be the way to go. According to new research, sex is just as effective in lessening migraine pain as medication is – and some might say, it’s a bit more fun than simply taking a pill…

Researchers discovered that more than half of the participants in their study who reported migraines actually experienced relief from their pain after having sex with their partner. Even better was that one in five said their pain went away 100%. The University of Munster, located in Germany, was the home of this research. Four hundred patients in total participated with a history of two main types of headaches – cluster and migraines.

While the exact cause can not be pinpointed, it’s believed by many that the surge of endorphins that rush to the brain during sexual activity may have something to do with it. Endorphins, after all, act as natural painkillers in the body. Currently it’s believed that about 1% of the population deal with recurring migraine headaches.

This isn’t the first time that this theory has been tested, it is however one of the larger survey groups, yielding a more accurate result.

Sex doesn’t appear to be the cure for all people, however it’s believed that those same patients who experience endorphin release from physical activity, like running or other cardio exercises, are most likely to be the same people who experience headache pain relief from sex.

So what do you think? Is this natural remedy worth a try?