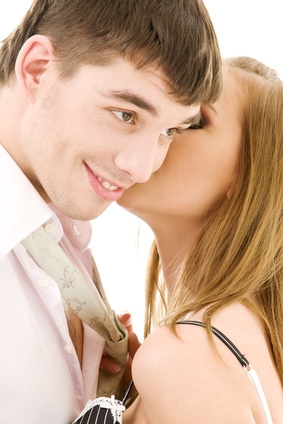 If you have ever had a significant other go astray, chances are you probably heard more than one excuse as to why this unacceptable behavior happened. Whether it was blamed on a weakness in your relationship or simply a wandering eye, this may be one of the only excuses you didn’t hear…until now.

A new study published in PloS ONE this week suggests that the desire to cheat may come down to genetics. So can a cheater ever change? Does this mean broken hearts across the world will need to accept their spouses wandering ways because they “simply can’t help it?” Well…I wouldn’t go that far. Still sound questionable to you? Here are the facts to help you decide.

181 young adults were asked to describe their typical sexual behavior, their past and present relationships as well as other risky activities they had taken part in over the years. Of these adults, 77% had a history of previous sexual intercourse. Next, the DNA of those questioned was tested.

The study was led by Justin Garcia, a SUNY Doctoral Diversity Fellow at the State University of New York in Binghamton.

When the DNA tests and the behavioral information were studied, researchers noticed a trend. Those who had a history of being unfaithful actually had a slight variation in their genetic map. Specifically, changes were seen in the DRD4 gene, the area that is thought to control feelings of pleasure and reward. Of those found to have a certain genetic variation in this gene, the study found that they were twice as likely to cheat. Additionally, 50% of the who adults who had reportedly cheated on a significant other had this variation. By comparison, only 22% of those who reported unfaithful behavior didn’t have the gene.

Another interesting twist to this study is that gender appears to have no affect on the outcome. Those with the variation of the gene, whether man or woman, reported a much higher incidence of infidelity and other high risk behaviors. This finding is inconsistent with other past research that shows that statistically men tend to have one night stands or cheat on their partners more frequently than women.

Another aspect at play here is the natural chemical dopamine. This is responsible for making us feel good and rewards our body with a rush, that can be very pleasurable. Typically, the rush can come from taking part in risky behavior, therefore leading those with the genetic variation crave the feeling more and more.

So from a strictly genetic standpoint, it would seem that just as certain genes are responsible for physical disorders, perhaps there may be merit to a “cheating gene.” But what about environmental factors? It may be hard for anyone to look at their cheating spouse with forgiveness and sympathy in their eyes because they simply “couldn’t help it.”

While the research is fascinating without a doubt, will it give cheating lovers and wild risk takers just one more excuse to justify their poor decisions? I would love to hear what you all think of this.