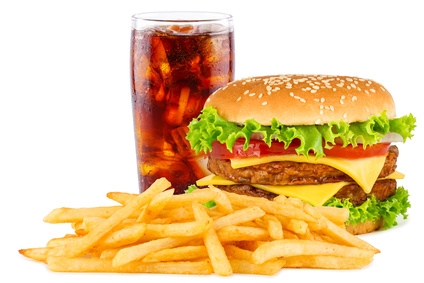 It comes as no surprise that fast food is by no means “healthy,” however, the shocking part of a recent study was just how many people underestimate the calories present in their fast food favorites.

Think quickly, do you know how many calories are in a Big Mac, a Dunkin Donut or a bucket of KFC?

Chances are, you probably guessed lower than the actual calorie content listed below:

This recent study was published in BMJ and revealed that teens were the largest demographic to underestimate their calorie intake. With obesity on the rise, this is concerning for many reasons. Parents of school-age children underestimated calories nearly 23 percent while other adults came in at about 20% under what the actual calorie amounts were.

The study questioned a total of 1,877 adults, 1,178 children and adults between 11 and 20 years of age. The location of the study was four cities in the New England area in 89 fast food restaurants.

While the average adult was consuming a 836 calorie meal, when asked to guess the calorie content however, their average guess was 175 calories less. The discrepancy in the teen guesses vs. actual calories was even greater. On average they ordered a meal containing 756 calories and underestimated by 256 calories.  Younger children typically had a 733 calorie meal and were guessing  amounts that were lower by 175 calories.

Results also varied by chain restaurant. For example, those at Subway underestimated their calories more than those at chains associated with unhealthy dining like McDonalds and Burger King.

While it’s common practice now for fast food restaurants to post the nutritional information of their meals, not everyone takes the time to look, or perhaps follow the theory that ignorance is bliss. Whatever the case perhaps this study will draw more attention the need to be vigilant with our health and nutrition collectively as a nation.