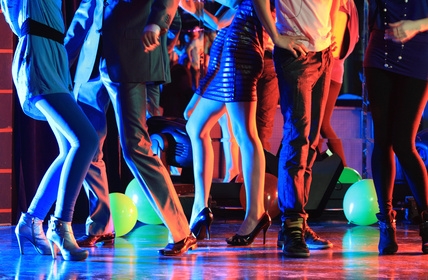 You would think that, ordinarily, most people would fess up to their wrong doings in the face of pending concrete evidence…a new study, however, finds that teens and even parents frequently lie about drug use, even when they test positive for them. If you felt that your behavior was outside the social norm, would you lie about it even if you knew the gavel would soon be coming down?

If you think for a moment about this and what you would do in the same situation, the answer is not always so cut and dry.

This interesting new study was conducted by Dr. Virginia Delaney-Black of the Children’s Hospital of Michigan and a professor of pediatrics at Wayne State University in Detroit. This research found that teens were 52 times more likely to test positive for cocaine use than they were to admit they were using it, while parents, on the other hand, were 6.5 times more likely to do the same.

It may be puzzling to some why even adults feel the need to lie when a drug test providing concrete evidence will show otherwise. Delaney-Black reportedly finds these results not all that surprising. Her response to the research was published in the November issue of the journal Pediatrics, today (October 25, 2010). She believes that the fear of “legal consequences” is often what prompts adults to lie about drug usage.

The study consisted  of 430 urban teens and parents who were asked in face-to-face interviews about their opiate and cocaine use. These participants were fully aware that they would also undergo a  hair follicle drug test that would show any drug usage over the past three months. It didn’t seem to matter that the tests would prove that their face-to-face answers were untruthful, the fear of admitting a shameful truth was the motivating factor behind their cover ups.

So if some parents are guilty of telling the same lies as their teens, how can you help prevent your kids from even experimenting with drug use? Unfortunately there is no easy answer. Most experts seem to feel that open communication is a crucial part of the family dynamic that can help steer kids away from peer pressure and drug use. Another problem plaguing many of U.S. teens is the lack of definition as to what a drug really is. Few could debate they have never heard that cocaine or heroine are drugs but what about the prescription ones that many teens can access from the medicine cabinet at home?

According to the National Institute on Drug Abuse, in 2008, there were about 5.3 million Americans ages 12 and older who abused cocaine. Non-medical use of the opiates/prescription painkillers Vicodin and OxyContin, has increased over the last five years among 10th graders.

Clearly explaining to your children the dangers these types of prescription medications pose, if taken without a prescription, is the starting point for change. Also, children learn and often view drugs differently when they see drug use in their family. While it may be human nature to lie about the things we are ashamed of, being open, honest and aware that teens see more than we realize is an important step in steering children away from walking that dangerous path to addiction.

The main takeaway for medical researchers is this – pediatricians and other professionals who have relied predominantly on self-reporting in the past to screen teens and drug use need to realize many times, even when patients are told the information is confidential, both teens and often adults will not report their drug use honestly for fear of punishment and being chastised by their peers for stepping outside the lines of normal societal culture.