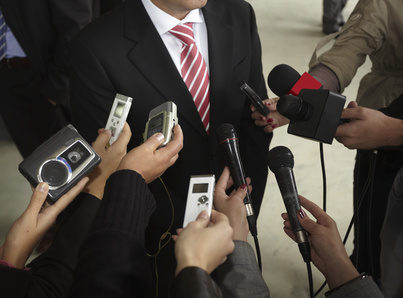 As the media works itself into a frenzy over the Shriver/Schwarzenegger split we find ourselves once again drawn into the debate about why powerful men seem so much more likely to cheat. Not that politicians or movies stars have a monopoly on the infidelity market but it seems that either they are far more inclined to engage in extra marital dalliances or they are just not very good at getting away with them. Is there an evolutionary explanation to this dominant male behavior or is the effort to explain it at all just a way to justify men behaving badly? In a world where privacy is becoming a relic of eras past it seems amazing that so many men risk their careers and their families for a few minutes of pleasure and yet from Genghis Khan to Bill Clinton it seems that men just won’t learn when to keep it in their pants.

A lot of research has been devoted to human sexual behavior as it relates to power and as a result a few different theories have emerged. Perhaps one of the most surprising findings is that it isn’t just powerful men that cheat the more power a woman wields the more likely she is to stray as well. In a study conducted by the Tilburg University of the Netherlands researchers found that regardless of gender, risk taking behavior or frequent trips away from home, that there was a direct correlation between power and infidelity. This particular study found that the main attribute that powerful people share in a high level of confidence and that this confidence made people more likely to believe that they could obtain whatever they wanted and were more willing to take risks to obtain it, conversely the less confident or powerful the person the more likely they were to be inhibited by fear and uncertainty. So why is it that we only hear about powerful male cheaters in the press? The study explained it away by saying that there are still so few women in power, for example only 17 out of 100 senators are female, that statistically they can’t get in trouble as frequently as men.

Other researchers are not as quick to give men a pass on this behavior. Power and confidence don’t exist solely in the boardroom and even in Hollywood where there is no shortage of powerful confident women it is still men that are time and time again caught up in scandals of infidelity and womanizing. Perhaps it is something in their very nature that leads men to cheat. In a recent Time Healthland article the argument was proposed that a combination of a person’s temperament, environment and psychological makeup will determine how they handle the natural compulsion of any species to procreate as often as possible. For the average male natural constraints exist by way of resources and opportunity that make monogamy a worthwhile in if not wholly satisfying investment. When men are born into a life of privilege they do not have to develop the same self controls as their less fortunate peers and though not every man of power gives into these urges, those with narcissistic tendencies seem ill-equipped to just say no.

Maybe the only real problem in all of this is our society’s fascination with the personal lives of our political leaders. What attracts us to vote for many of these men, their charm and charisma, is ultimately what we end up crucifying them for. JFK was no less of a president because of his many indiscretions, perhaps we need to look more at our leader’s policies and business practices and stop defining their ethics by who they sleep with. I would personally like to believe that these men or women could be held to a higher standard but in the end we are only setting ourselves up to be disappointed and all this media attention is just preventing the people that we elect from focusing on the job we asked of them in the first place.