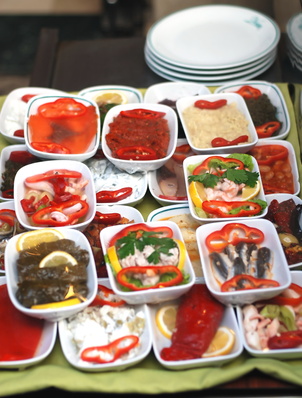 Two studies released by the Center for Disease Control and Prevention (CDC) have stated that approximately 48 million, or 1 in 6, people in America are affected by food-borne illnesses.  Of those infected an estimated 128,000 people are hospitalized and 3,000 die annually.

The two reports published in CDC’s journal called Emerging Infection Diseases, collected data from 2000-2008 by extrapolating the number of illnesses documented by laboratories nationwide, as well as conducting telephone surveys across the nation.  The evaluation of the data was part scientific and part educated guesswork because not all illnesses are confirmed by laboratory testing, and because food and people may become contaminated from a number of different channels.

One area that scientists are hopeful for is more information as to the pathogens that are creating the largest of illness outbreaks.  In the article How Safe Is Our Food, Dr. J. Glenn Morris believes that having more information and understanding of specific pathogens, as well as their reaction to combinations with certain foods, is crucial to better understanding food-borne illness risks.  “Knowing the number of cases of salmonella is not that valuable unless you know what food that disease is linked with”, he told the New York Times.  “The real question is how much of that salmonella is coming from chickens versus eggs versus beef versus pork.”

The new studies show a decline in numbers from the previous study released by the CDC in 1999, which found 76 million, or 1 in 4, Americans were sick each year from food-related poisoning.  However, although the numbers look more promising, the authors and experts are quick to caution that this does not mean there has been an improvement in our food regulations.  WebMD quoted Kirk E. Smith, DVM, PhD, a supervisor of the Foodborne Disease Unit of the Minnesota Department of Health, as saying, “Just because we have more precise data that allows us a better estimate, that doesn’t mean that food-borne illnesses have gone down that much.”

Acting director of the CDC’s Division of Foodborne, Waterborne and Environmental Diseases, Christopher Braden, MD, was quoted by New York Times by stating, “It would be really unfortunate if there were conclusions, looking at 76 million and 48 million, that food-borne disease is no longer a problem.  The fact is that tens of millions of illnesses and hospitalizations and deaths of this extent tells us we need to do more.”

Experts are concerned with what the numbers mean in the long-term. Christopher Braden, MD, told WebMD, “These illnesses are associated with billions in health care costs and also have a substantial human cost in severe illnesses and in some cases, long-term health effects that linger after the initial illness subsides.  We need to do more to lower the impact of these diseases in the United States.”

Regulators and food-safety advocates are hoping that the recently released results will give the extra push for safety regulations to be approved in the House.  Last month, the Senate approved the food safety regulation bill 73-25.  The bill is intended to prevent the sale of tainted foods, as well as bolster the regulatory role for the Food and Drug Administration (FDA).

Dr. Christopher Braden is hopeful that with more knowledge and regulation we will be able to better fight these preventable diseases.  He told Bloomberg Businessweek, “If we could reduce food-borne illnesses by just 1% we could keep 500,000 people each year from getting sick from the foods that they eat.”

How much do you know about food-borne illnesses?  Do you think there is enough regulation out there?