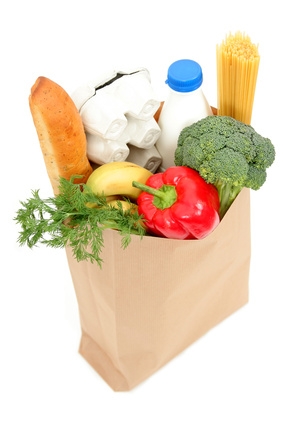 By nature, we don’t typically like to lose anything…that is, until it comes to losing weight and then we are tripping all over ourselves to make it happen.

Many of us even resort to bizarre “cookie diets” or crazy workout schedules to make this happen. So why can’t we eat healthy meals and forget about all the extreme measures? This has been a matter or debate for some time now. If you still aren’t sure why the majority of Americans seem to choose “junk” over health food, take a stroll in the organic and health isles in your local market. In America, where a Big Mac is only $2.99, health food comes at an inflated cost and in light of money woes nationwide, many just don’t have the funds to be selective.

While the fast food industry is making an effort to do something about their role in the overwhelming obesity dilemma, Wal-Mart is stepping up to the challenge as well with the help of first lady Michelle Obama.

This effort to make healthier food available in the nation’s largest grocery (among other products), was announced today. The plan contains some pretty big changes for food selection. By 2015, Wal-Mart has agreed to cut its sodium by a quarter and cut sugars in it’s own store brand products. Industrially produced trans fats are to be removed as well.

It’s clear that these steps are definitely in the right direction, but what about cost? Wal-Mart plans to cut down fruit and vegetable prices by $1 billion a year while also reducing the higher cost of healthier products.

It stands to reason that with Wal-Mart pledging to help the cause, more and more grocery store chains will follow suit. After all, many businesses even now continue to fight to keep their heads above water as the giant superstore – Wal-Mart continues to sell products at a considerably lower cost.

So why are health foods typically more expensive? It’s simple really – supply  is still lower for healthy foods and the cost of production is high.

On the other side, we have yet another grocery store demon to fight – the not-so-healthy-foods which seem to trick us into thinking they are healthy. According to a recent TIME article, the push for “deceptive front-of-package labeling” continues. Not sure what this means? Think about the words your eyes naturally are drawn to in the market – “low fat,” “high fiber,” and “healthy” immediately reel us in. But are they accurate? Experts think many times they are not. They are a highly effective marketing tactic instead of a legitimate nutritional claim. In fact, a recent study showed that most of these products do not even meet the nutritional standards set by the government.

As stated in the article….

Of the 58 products examined, 84% did not meet basic nutritional criteria, contrary to what their package-front labels promised. The study found:

From these two examples, Wal-Mart’s new promises and the push to crack down on deceptive marketing, we can see that change is on the horizon. For now, as a nation, the need to become educated in healthy eating is necessary, in fact, it is our best defense against poor health and obesity.