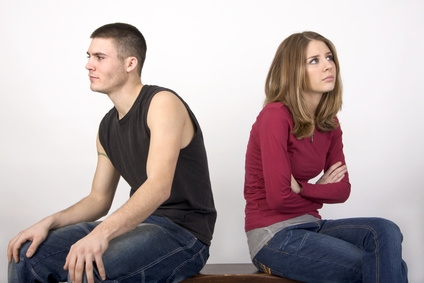 There are many reasons couples fight – money – mainly debt and finances at the forefront, however, there are many other catalysts for a rocky relationship. Whether you have experienced it first hand, or watched enough Hollywood movies, alcohol can largely cause difficulties in not only marriages and romantic relationships, but in friendships as well.

A new study released in Alcoholism: Clinical and Experimental Research, confirms the obvious, while adding yet another element to alcohol’s role in marriage. Not only do those who experience problem drinking have a higher likelihood of getting divorced, but they generally delay marriage longer than those without this problem.

As stated in this CNN blog post study Author Mary Waldron concluded, “For young adults who are drinking, if their drinking continues to levels of problem use, it could impact their likelihood of marriage as well as likelihood of having a really lasting marriage.”

After testing the effects of drinking and alcohol dependence on 5,000 Australian twins between the ages of 28-92 who reportedly had an alcohol dependence at one point in their life, the facts were there in shocking numbers. Women who experience drinking problems have a 23% lower chance of getting married for the first time. For men, that percentage is 36% after the age of 29. Additionally, for both men and women with drinking problems, the chances of divorce or separation are twice as high as their peers who do not have a drinking habit.

Why This Makes Sense

Whenever an addiction enters into any relationship, you have the recipe for disaster. By definition, satisfying an addiction will begin to take priority over everything else. If you are in a marriage, this need to drink quickly trumps the needs of your partner and of your commitment to one another. Combine this with the fact that drinking alcohol impairs the senses and statistically leads to higher incidences of infidelity and arguments and you can see why alcohol can be the one thing that can easily wedge itself between two otherwise happy people in a marriage.

What You Can do to Help Your Partner

According to the National Institute on Alcohol Abuse and Alcoholism, 17.6 American adults abuse or are dependent on alcohol. If your partner is one of these people, you may feel hopeless especially when you read studies like these. As with any bad habit or addiction, then person experiencing the problem needs to want to make a change in order for progress to be made. Once you have that, you can do your part to help them along their journey.

Here are a few things you can do to help your marriage or relationship if your partner is having an alcohol problem.

1. Don’t be afraid to address the problem head on. It’s often uncomfortable and hard to address, but if you feel your partners drinking is becoming problematic, you are not helping anyone by remaining silent. He/She may not welcome this type of conversation, but it may help to get the situation out in the open.

2. Recommend therapy. Explain to your partner how his or her drinking is taking it’s toll on you and the marriage/relationship. Be understanding and explain that you will help as much as you can, but its something that is best left to professionals to help work through the problem.

3. Be supportive…but not enabling. There is a difference between being there for your partner and letting them continue to walk down the path of addiction or alcohol abuse. Be understanding that no one is perfect and slip ups happen, however, this still doesn’t mean it has to be okay with you. If your partner is acting out and taking a turn toward drinking again, speak up! Don’t act like it’s alright because chances are, there will be less incentive to change if you are constantly putting up with it. Wait until a sober moment to face this battle head on because a drunken fight is the last thing your relationship needs if alcohol already is the main demon.

For more information on drinking and alcohol abuse, check out the National Institute on Alcohol Abuse and Alcoholism.