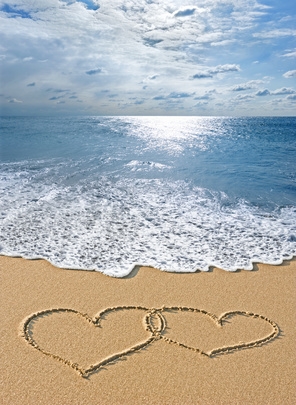 Valentine’s Day is around the corner and while many may be exchanging less expensive gifts this year, the love they have shared in these less than favorable economic times may actually be making their marriage stronger.

This may go against what we commonly believed. Money woes do cause many marriage and long-term relationship problems, but according to a new study, even couples on the verge of divorce have chosen to stay together to ride out the storm recently.

While taking vacations together and enjoying the more luxurious tastes of life can be a fun way for couples to spend their time together, joining forces to accomplish a goal can also be a source of strength. This recent study from the National Marriage Project surveyed nearly 2,000 married people ranging in age from 18 to 45. While 1/3 of those surveyed reported that the weakened economy had hurt their marriages, nearly an equal amount said they had grown closer together. What also may be surprising to many is that 38% reported putting a divorce on hold.

Now, if you are a hopeless romantic, this hold-off-on-divorce approach may warm the soul, however, those with a slightly more skeptical side may see that this could also be due to the amount of financial strain both husband and wife would experience during and after the divorce. The power of two incomes easily trumps the power of one. Which is the right way to look at it? It seems there is no black or white answer, for most couples it is a little bit of both.

As the economy is beginning to rehabilitate, there are still many Americans who are unemployed or struggling to get back on their feet and surprisingly, we have still not seen what many professionals had predicted would be a massive boost in the divorce rate. As mentioned in a recent TIME article, China, who has been experiencing a flourishing economy, is seeing a rising divorce rate. This seems opposite of what we conveniently thought about financial stability in relationships. The other factors which may be responsible for this in China are the rise of women in power and the loosening of the laws regarding marriage, as mentioned in the article.

So what is the key to a happy marriage? Well, if it were as easy as that, there would be a much lower divorce rate. Until the secret is cracked completely, take this Valentine’s Day to appreciate one another and all the hardships you both have overcome. The mental and physical benefits of being in love are, for many, the greatest gifts of all.