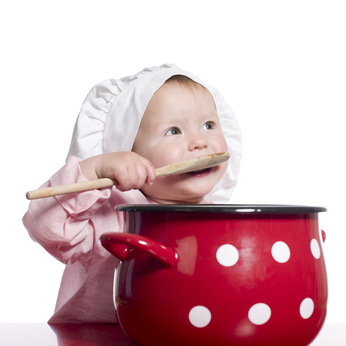 With obesity rates in both adults and children on the rise there has been more push to encourage healthier eating habits.  However, it now appears that unhealthy food choices can affect more than just your waistline.  A study by researchers at the University of Bristol in the United Kingdom, found a link between toddlers and their unhealthy food ingestion and IQ results.

The study, published in the Journal of Epidemiology and Community Health, followed 3,966 children born between 1991 and 1992.  During that time researchers asked the parents to complete surveys that described their child’s diets at ages 3, 4, 7 and 8.5.  From the surveyed information researchers categorized each child in one of three eating categories: a “processed” diet (which is a diet of high fat and sugar content food); a “traditional” diet (which is a diet of meat, potatoes, breads and vegetable); and a “health conscious” diet (which is a diet of whole grains, fruits, vegetable and lean proteins).  At 8.5 years old the children’s IQ’s were measured and annotated.

“This suggests that any cognitive/behavioral effects relating to eating habits early in childhood may well persist into later childhood, despite and subsequent changes (including improvements) to dietary intake,” lead researcher Kate Northstone stated in the study.

“It’s a reminder that our whole body, from head to toe is impacted by what we eat,” director of university nutrition, Connie Diekman told ABC News.  “It’s a real eye-opener that the food we feed our children lays the impact for not only their physical health, but also their mental health in terms of intelligence as well.”

The authors also found that the dietary habits of children aged 4 to 7 did not impact the IQ in either direction.

“A possible explanation for this is that the brain grows at its fastest rate during the first three years of life,” the researchers wrote.  “Studies have shown that head growth during this time is associated with cognitive outcome, and it is possible that good nutrition during this early period may encourage optimal brain growth.”

But do not start stressing about the pizza you gave your toddler just yet.  The researchers are quick to notate that bad diet habits are not the end-all-be-all cause of lower IQ rates.  There are other mitigating factors that contribute to the slope in intelligence including parenting style, class and so on.  However, food intake is one avenue of control that parents can use in positively influencing their children’s intellectual development.

“This study shows that early diet, beyond breastfeeding may be important – and more important than later diet – in optimizing cognitive development,” Kate Northstone told Health News.

So get your children off to an advantageous start.  Feed them a nutritious diet and encourage a healthy lifestyle.  It will greatly benefit them by providing them with a strong foundation to being with.