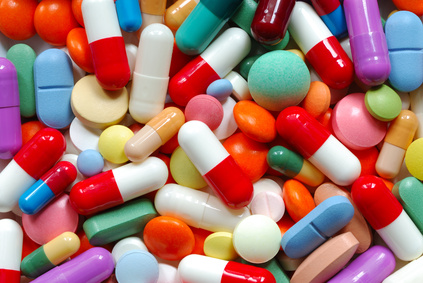 In an alarming new trend, visits to the ER for accidental medication poisoning in children 5 and under is up 30%. Despite warnings to keep medicines out of the reach of children the rate of poisoning has gone up 30% in the last year while the number of children under 5 in America has only gone up 8%. What is behind this increase in accidental poisonings and what can parents do to keep their children safe?

Dr. Randall Bond from the Cincinnati Children’s Hospital Medical Center and his colleagues studied 7 years worth of records gathered by the National Poison Data system, a database of all calls to Poison Control Centers, they were able to review the medical records of 453,559 children. According to their findings the increase was caused by children finding and ingesting their parent’s medications rather than parents accidentally administering the wrong dose or drug. Prescription medications required the most trips to the emergency room at 55% and were responsible for 76% of hospitalizations. The greatest increase in accidental overdose was seen with opioid painkillers which were up over 100% between 2001 and 2008.

What is responsible for this increase? The researchers believe that it is a result of more adult Americans taking prescription drugs than ever before. The more drugs in the home the more likely a child will find their way into them. According to a 2006 survey 55% of adults had taken a prescription medication within the last week and 11% had taken 5 or more medications.

While parents must continue to keep medications locked up in medicine cabinets out of reach of curious fingers there are things manufacturers can also do to ensure child safety. Putting medications in packaging that is more difficult to open or makes it difficult to take many pills quickly could make a big difference. Bond recommended putting flow restrictors on liquid medications or instituting single pill dispensing containers as a way to reduce access to medications.

Hopefully this study will help shine a light on the continuing danger presented by having both over the counter and prescription drugs in houses with small children. With more awareness comes more care and hopefully that will reduce the number of trips to the emergency room over the coming years.