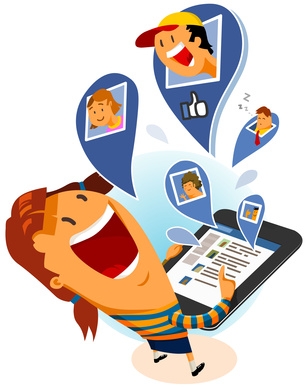 It’s hard to imagine that future generations will not experience a life without social media, Facebook in particular. Even for those in our 20’s, Facebook was something many of us were introduced to in our college years. Now, as soon as a child is old enough to surf the Web, a Facebook account can be created in a matter of minutes.

Do you have a friend/coworker (or maybe yourself?) who seems “addicted” to Facebook? There may be a scientific reason that some of us can’t stop posting status update after status update and others visit their page once every few months.

Researchers from the Free University of Berlin gave this idea some extra thought and engaged in research to see what really drives some of us to check Facebook again and again after posting that witty status update.

It appears to come down to how we are wired, according to the research. It’s natural as humans to crave acceptance and praise from out peers. Our reputation is all we have when it comes to our interactions with others.

The area of the brain that shows activity during reward, pleasure and positive reinforcement is known as the nucleus accumbens and according to researchers, those who are particularly sensitive to the need for reward and reinforcement are those that are more likely to be on Facebook all the time.

Gone are the days of accepting compliments solely face to face. With the advent of Facebook and other social media outlets, we can now share photos we believe make us look attractive and then receive positive reinforcement with each and every “like” and comment. In many, this fulfills the reward area of the brain and drives us the crave more.

Whether you look at this research in a deeply scientific manner or simply compare how you feel when someone “likes” your post, it seems that many of us are hardwired to latch on to social media channels like Facebook.