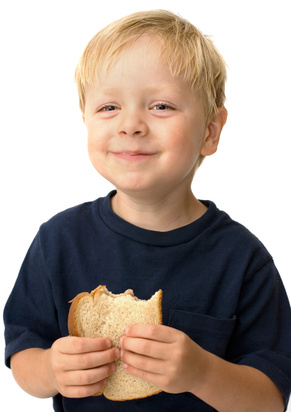 While peanuts are still the most common offender milk, shellfish, wheat and soy allergies are also on the rise and though most people think of digestive symptoms or a case of hives the reactions can be much more serious. Food allergies occur when the immune system has an abnormal reaction to a food and tries to rid the body of the substance by releasing antibodies. These antibodies attack food proteins and trigger a chemical reaction that causes allergy symptoms. Mild symptoms include rashes, itching, sneezing, hives and mild swelling or digestive problems like bloating or diarrhea. Severe reactions can also occur like difficulty breathing, throat closing, or loss of consciousness which if not immediately treated with epinephrine can even be fatal. While there is much debate over why food allergies are on the rise three main theories have emerged.

One theory is that the western diet has made people more vulnerable to allergies. The excess of sugar, animal fat, and processed food has changed the nature of gut bacteria. This combined with increased antibiotic and vaccine use and exposure to pesticides has left the immune system compromised and less capable of fighting off reactions.

Because children are growing up in far more sterile environments than they were in decades past their immune system becomes confused. Between living in relatively germ free environments and treating infections with antibiotics our immune systems don’t have much to do so they end up attacking things that they don’t need to like food proteins.

While many doctors recommend waiting to give children nuts or shellfish until two or three years of age some feel that exposing children to common allergens at a younger age could help allow them to build up a tolerance to these foods and avoid having a reaction to them later in life.

Perhaps the scariest thing for parents is that there is no cure for food allergies. The only way to avoid a reaction is to stay away from the offending food permanently. Extreme care must be exercised at home and when dining out that there is no cross contamination or hidden ingredients in foods. Today more and more schools are banning peanut products from school grounds completely and many food companies are listing allergy warnings on product labels but caution still has to be maintained at all times. If reactions are severe enough your doctor may recommend a self-injectable medication called epinephrine. This can be life saving in the case of breathing problems associated with allergies.