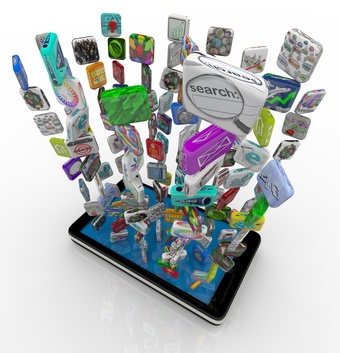 It’s hard for many of us to make it through our lunch break, a pause in conversation or even a car ride without checking in with some form of technology. Smartphones have made it easy for us to virtually connect with others, check the latest news updates or read funny tweets or Facebook status updates without having any real, personal interaction with one another. While many people made fun of the satire on the future of humans in the adorable cartoon WALL-E, studies show we might not be far off from these completely technology obsessed blob-shaped fictional characters.

According to a recent CNN article, there is even a term for this technological obsession – “popcorn brain.” This is the term mentioned by one of the article’s sources David Levy. It’s defined as “a brain so accustomed to the constant stimulation of electronic multitasking that we’re unfit for life offline, where things pop at a much slower pace.”

Just think about how frequently you are stuck waiting somewhere (even in the company of other people) and you turn to your phone for entertainment. For some, checking email becomes more of an obsession than a necessity. Conversations are left behind and most importantly, so is the much needed time for our brains to take a rest.

Other studies have shown that as a society we are beginning to lose the ability to recognize facial expressions. This is perhaps one of the most frightening things. Back when conversations were largely face-to-face, we relied on not only words but body language to completely understand the message being conveyed. We now largely rely on “lol” and “jk” as well as other common cyber acronyms to let the tone of our message be known.

While there are many of us who, if challenged, could simply disconnect from technology for a set amount of time, others have an addiction that is as deeply routed as any other. In fact, there are now sites dedicated to helping people determine if they are truly addicted (slightly counterproductive it seems since these tests are on the very source that many are addicted to).

If you think this seems unlikely, here are just a few Internet related deaths:

These are just a few of the many deaths worldwide that occur from severe gaming and Internet addiction. When it comes to phone usage and death, the numbers of people continuing to die from text messages and other phone related distractions is climbing at a steady rate.

It’s hard to ever say the Internet is more of a problem than a help for society, think of all the medical breakthroughs and other safety procedures which can know be conducted online. These events and new research however should be a reminder that like most things in life, Internet usage should not begin to take control of the rest of your life. As hard as it may be, make an effort to put the phone away and spend time each day interacting face-to-face rather than relying on technology to do this for you.

Do you have any Internet addiction stories? If so, sound off!