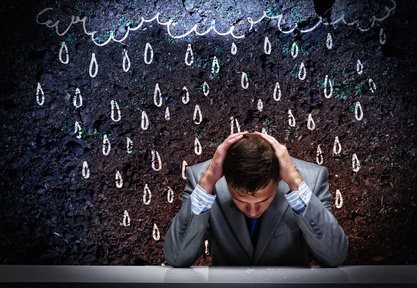 In the wake of the death of America’s much loved comic, Robin Williams, there has been an overabundance of opinions on how and why a man as universally loved as this actor could take his life. Depression is something that an estimated 1 in 10 Americans suffer from and sadly it’s been reported that twice as many people die from suicide than homicide.

For those who don’t know what depression is like, it may be hard to understand what would drive a person to take such a a drastic measure. As always, medical professionals and scientists are looking for new ways to detect and treat mental illness such as depression. A recent study published in the journal JAMA Psychiatry may be taking them one step closer.

By testing participants blood at 9 and 18 years of age, researchers noticed similarities in those who were diagnosed with depression or psychosis. Blood samples were screened to read levels of IL-6 (which indicates infection) and C-Reactive Protein (which indicates inflammation). Those who had high levels of IL-6 were shown to have double the chance of having depression over those who had low levels of the infection marker.

The study author reported that typically these levels get higher as a reaction to an infection but it appears in some people the levels remain high.

This new information may provide yet another clue on how we can identify those who are struggling with depression and perhaps help us find a new treatment.