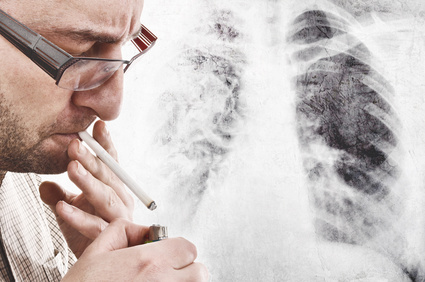 Believe it or not, a new study shows that one out of every 10 cancer survivors continues to smoke years later. You might be thinking that perhaps they are trying to quit but the truth is, only 40% say they are planning on it.

This information has now become available as part of an American Cancer Society study. Patients with several types of cancer diagnosis were interviewed, but those with bladder and lung cancer were amount the highest rates of those still smoking. Coincidentally, these are two types of cancer most commonly associated with smoking. Reportedly, 17.2% of the bladder cancer patients still smoked and 14.9% of the lung cancer patients continued to as well.

One statistic that might surprise you is that 88.6% of those currently smoking had actually kicked the habit before they were diagnosed with cancer.

Of those survivors the traits that had the highest incidence of continued smoking were as follows: being young, female, lower income, lower education and higher alcohol consumption. Additionally, older people as well as those who were married tended to report that they were less likely to quit.