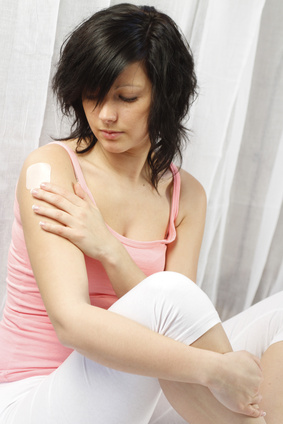 Expectant mothers have likely been advised that smoking may result in serious harm to their unborn baby, however, those using nicotine replacement may be doing just as much harm.

This according to a new study out of Denmark may be bad news for mothers who have been trying to kick the habit while looking out for the health of their child. The use of smoking replacement therapies like the nicotine patch for example are believed to increase the chances of the child developing ADHD (attention-deficit/hyperactivity disorder. This condition is often recognized when the child first begins attending school. Typical symptoms include the inability to learn at the pace of one’s peers and the inability to get along with others.

Like most early studies, researchers are quick to reiterate that it doesn’t necessarily mean that nicotine will result in ADHD. There are other theories as well. Senior author Dr. Carsten Obel told Reuters.com via email that perhaps women who smoke are more likely to themselves have ADHD which then results in them passing this to their children independently of the side effects of nicotine while pregnant.

At this point in the research process, it simple appears there could be a connection.

While this information may alarm expectant mothers, it seems most medical professionals agree that my taking nicotine replacement therapy is at least favorable to smoking while pregnant and certainly favorable to smoking around a newborn baby. It’s important to always discuss any medication or therapy you are undergoing while pregnant with your doctor.