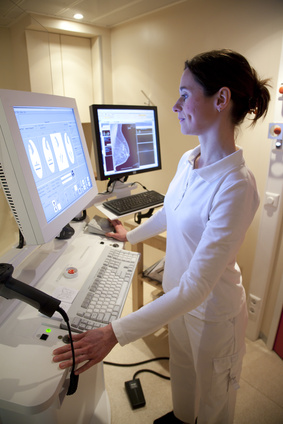 Authors of a new European study announced in the BMJ that screening by way of mammography does not significantly reduce deaths from breast cancer. While breast cancer fatalities have decreased overall, in light of this study, researchers believe that may have more to do with better health care than early detection from screening.

Noticing that deaths from both cervical and colon cancers decreased after screening programs were initiated the researchers hypothesized that the same should hold true in the case of breast cancer screening. In order to test this hypothesis the team selected three pairs of European countries that had similar health care access and demographic structure but in each pair one country had initiated nationwide breast cancer screening a decade earlier than the other country. The countries chose for the study were Northern Ireland compared to the Republic of Ireland, the Netherlands compared to Belgium and Flanders and Sweden compared to Norway. Turns out the researchers were in for a surprise; despite the difference in screening the mortality rate remained similar.

Finally, although nationwide mammography was introduced to Sweden in 1986, a full decade before it arrived in Norway, breast cancer mortality was reduced by only 16% compared to 24% in Norway according to data from the WHO.

According to the study’s author Dr. Autier these results were unexpected. He is quoted as saying “The main message is that we really have to work out what is going on with mammography screening in our population. We have plenty of data that screening for colorectal cancer and cervical cancer is worthwhile, but for breast cancer, it looks like mammography really doesn’t do the job.”

Many cancer experts in the U.S. were upset at the results of this study and continue to claim that early detection through mammography is clearly working in the states. They claim that although better healthcare has clearly helped lower breast cancer deaths these improvements only work when cancer is detected early through regular screenings and point to countless studies conducted in the states that have shown the effectiveness of screening. While the effectiveness of mammograms remains in question the best news is that the mortality rate in breast cancer patients has decreased across the board.