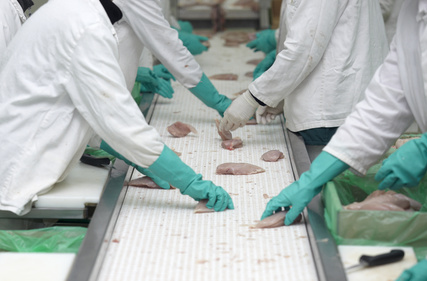 In light of the recent Salmonella outbreak and subsequent recall of 36 million pounds of ground turkey it is important to know how to protect yourself from the dangers of food borne illness. The first incidents of salmonella date all the way back to March but it wasn’t until yesterday, August 3rd, that the CDC was able to identify Cargill as the source of the contaminated products and start the recall process. Since March 26 states have reported illnesses and to date there have been 77 people sickened, 22 hospitalized and 1 fatality. Cargill, a Minnesota based company, processes ground turkey and sells it under a number of different names including Riverside Ground Turkey and Shady Brook Farms. It is believed that all the contaminated products originated at the Springdale, Arkansas plant between December 20th and August 2nd. The plant is currently closed down until the source of the contamination has been identified.

Salmonella is a bacterium that lives in the digestive tract of both people and animals and causes salmonellosis in humans. Usually these infections cause gastroenteritis but can require hospitalization or even death in people with compromised immune systems. It is the most common form of food borne illness infecting millions of people in America each year.

How Do You Catch Salmonella?

People become infected by consuming food that is contaminated with feces or by eating raw or undercooked poultry, eggs or meat. The bacterium enters the digestive tract where it multiplies making a person sick within 12-72 hours.

While no one is immune to salmonella some people are at a higher risk than others. People who have stomach disorders, are taking antibiotics, or antacids are at higher risk because their stomach acids are less capable of warding off the infection. Anyone with a weakened immune system, the elderly and young children are also more vulnerable to the illness. Birds and reptiles are carriers of salmonella so pet owners also need to be careful to always wash their hands after handling their pets or before preparing food.

Symptoms of salmonella will usually produce between 12 and 72 hours after exposure and symptoms generally include:

How to Protect Yourself