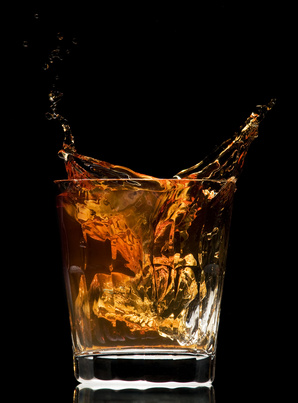 In light of the recent death of Amy Winehouse, many are left wondering if it wasn’t her hard partying lifestyle that ended her talented short life but rather her attempt to get clean and sober. While many are familiar with the horror stories of drug and alcohol addiction most are unaware that alcohol withdrawal is the only type of detox that can actually be fatal.

What is Alcohol Withdrawal?

When someone drinks excessive amounts of alcohol over a prolonged period of time they become not only psychologically addicted but develop a physical dependence as well. To compensate for the depressive effects of alcohol the body increases production of certain hormones and chemicals such as dopamine and serotonin. When someone stops drinking abruptly the body is overwhelmed with all of these extra chemicals. Alcohol withdrawal usually begins within a few hours to a few days of a person’s last drink and depending on the length and excess of dependency can range from minor discomfort and depression to hallucinations and seizures.

Within 6-12 hours of giving up alcohol minor symptoms will begin to manifest. These can include tremors, sweats, nausea, heart palpitations and insomnia. Severe complications usually begin 1 to 2 days after the last drink and unlike withdrawals from other types of drugs these can become serious enough to be fatal. Sever complications include vomiting, abnormal heart beats, dehydration, hallucinations and delirium tremens (D.T.’s). Delirium tremens is considered a medical emergency and requires immediate supervision and treatment. Delirium tremens are usually experienced by people with a 10 year or more history of alcoholism or people that consume 1 pint of hard liquor or 9 pints of beer everyday over the course of several months. The D.T.’s are characterized by confusion, agitation, tremors, delirium, fear, hallucinations, seizures, insomnia, depression, anxiety, sweating, vomiting and palpitations. There is a 15% fatality rate associated with delirium tremens and some of the symptoms can last a year or more.

For many overcoming alcohol addiction requires supervised stays in inpatient facilities at hospitals or rehab centers. It is estimated by the American Academy of Family Physicians (AAFP) that approximately a quarter million American are treated for some form of alcohol withdrawal each year. They also believe that only about 10-20 percent of people experiencing alcohol withdrawal seek treatment which could mean that up to 2 million Americans experience alcohol withdrawal symptoms each year. Once hospitalized, patients will be treated according to the severity of their symptoms. For some that could mean a week or more of sedation until symptoms become manageable; other forms of treatment included benzodiazepine medications to reduce seizures and anxiety, antipsychotic medications to treat hallucinations,  also body chemicals and fluids are monitored and vitamins and IV fluids are given accordingly. Once a person is stabilized they are usually advised to attend some form of group counseling like AA.

Alcoholism is a serious and potentially fatal disease, if you or someone you love is battling addiction be sure to seek medical advice before quitting.