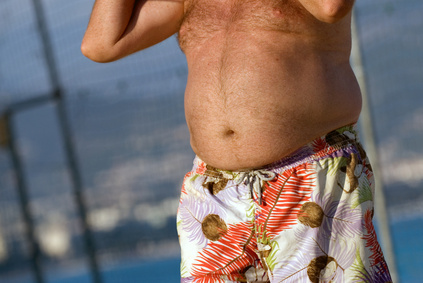 In a study published August 5th in the Journal of Sexual Medicine doctors revealed that even a small amount of weight loss can lead to an improvement in sexual function in males. While there are many effective medications of the market that can treat erectile dysfunction, for obese men with type II diabetes changing their eating habits may be just as effective in relieving symptoms.

According to doctors nearly 40% of the overweight diabetic population suffers from urological problems that often go ignored including erectile dysfunction and overactive bladder syndrome. In a recent study 31 obese men with type II diabetes who suffered these symptoms were put on two different types of diets and studied to see if weigh loss could help revive their sexual function.

The study’s participants were split into two groups and for eight weeks one group was put on a liquid meal replacement diet and the other half were put on a high protein diet. At the end of the two weeks the liquid diet group had lost about 9% of their overall body weight while the high protein group had lost about 5%. Both groups reported improvement in their urological and sexual health.

Researchers continued to study the 31 men over the course of a year with both groups being put on the high protein diet. By the end of the year the participants averaged a loss of about 10% of their body weight and all reported continuing improved erectile function and urological health. On average the men had improved from severe erectile dysfunction to mild dysfunction.