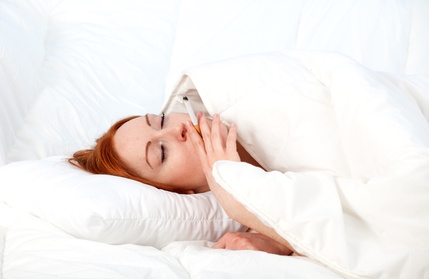 No one has ever made a reliable case that smoking is good for you, but 2 new studies may surprise smokers and non-smokers alike. Apparently there are some smoking patterns that are unhealthier than others. While smoking is never a safe habit, perhaps those who aren’t ready to quit may want to take a look at this study, which may come as disappointing news for those who rely on that eye-opener smoking session to get moving first thing in the morning. Many smokers have become deeply engrossed in the routine of grabbing a cup of coffee and a cigarette in order to start of the day and their bodies have also come to rely on that nicotine boost as well.

The studies were released in the journal Cancer and concluded that those who indulge in their first cigarette within 31 and 60 minutes of waking up in the morning are at a 79% increase of receiving a lung cancer diagnosis. This result was concluded following a research group consisting of 4,775 lung cancer patients and also 2,835 smokers (or former smokers) without a cancer diagnosis. To break down the findings even further, essentially those who smoked within the 31-60 minute time period of waking were 1.31 times more likely to become diagnosed with lung cancer than those who waited at least an hour to have the first cigarette.

The second study had similar risk findings. Overall, smokers who had their first cigarette within the same time period (31-60 minutes of waking) in the morning were at a 59% higher risk of neck and head cancer than those who waited an hour for the first cigarette. This research group included 1,055 people with cancer of the head or neck and 795 smokers without cancer. The results found that those who smoked within the first half hour of waking up were 1.59 times more likely to develop these types of cancers than smokers who waited for an hour or more to smoke upon waking.

So what can we take away from this? Well in a perfect world, we would conclude that those who smoke should quit, but while this is not a desirable choice for many smokers, it may highlight those who should begin looking at how their habit may be impacting their health.

So why do researchers think the link between early morning smoking and elevated health risks exist?

Actually, that was not a specific part of the study so this answer is left open to speculation, not scientific fact. According to a TIME article about these studies, a researcher (not involved in the study) was quoted as stating his theory to the BBC as follows, “Smokers who light up soon after waking tend to smoke each cigarette more intensively. So the most likely explanation of this finding is that the sooner a smoker lights up, the more smoke is taken into the lungs, and the higher the level of exposure to cancer causing chemicals,” Professor Robert West said.

If you are on the fence about whether now is the time to quit or not, the truth is, if the desire is there than now is likely the time. There will never be a “good” or “easy” time to quit. It’s amazing the changes your body will undergo even in the first 24 and 48 after you quit smoking. If you are interested in this, check out our smoking cessation infographic.