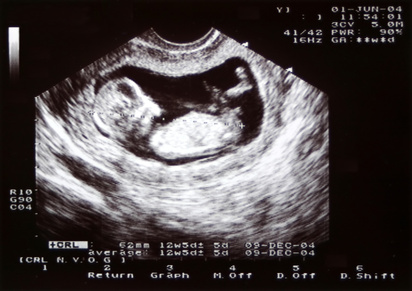 A new study reveals that blood tests sold over the internet can predict the sex of an unborn child as early as seven weeks into a pregnancy. While some see this as a medical breakthrough; others feel that there are larger ethical issues that need to be addressed before these tests start showing up at the local drug store.

Gender-predicting tests have already been used by hospitals in Europe for several years. Known as cell-free fetal DNA, these simple blood tests are able to screen for genetic material in a mother’s blood stream. If the Y chromosome is present than the gender of the baby is male. Up until now these test have not been used by U.S. doctors but with their ever-growing popularity and their potential to reduce the need for certain invasive procedures that could be about to change.

Researchers from Tufts University were curious to see if these tests could actually live up to the claim that they could determine a fetus’ sex with any amount of accuracy. The study, which appears in the August 10 Journal of American Medical Association, focused on 57 previous published studies that included over 6,000 pregnancies. Researchers found that if administered at 7 weeks of gestation these fetal DNA test were around 95% accurate, 98.8 % accurate at predicting male children and 94.8% accurate for predicting female children. That’s a full month earlier than amniocentesis or ultra sound can be used.

There are many medical applications for a noninvasive gender test. There are several gender-based genetic disorders like hemophilia or Duchenne muscular dystrophy; by determining early on if the child is of the at-risk gender for these diseases, costly and invasive genetic testing can be avoided. Considering that some of these tests, like amniocentesis or chorionic villus, lead to an increased risk of miscarriage, a simple blood test could provide a much safer alternative. While doctors applaud this usage of gender-predicting tests there is a darker side to having this information readily available.

Many fear that if at home gender testing becomes widely available it will be used for gender selection which in turn could lead to a higher abortion rate. In countries like China and India where male heirs are valued over girls there is already a high rate of selectively aborted female fetuses. According to a recent report in The Lancet as many as 12.1 million female fetuses have been aborted over the last twenty years in India alone, if this becomes common practice it can skew the natural male to female ratio in a country. For now several companies making these tests and distributing them on the internet will process the test for a cost of around $300-$400 dollars but only if a woman signs a consent form agreeing not to use the test for gender selection.