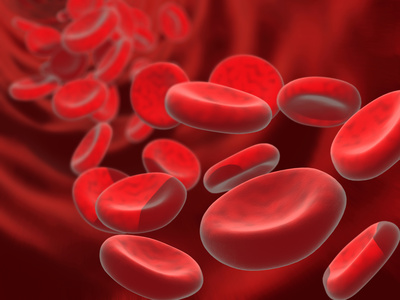 In what could be the biggest breakthrough in cancer therapy in decades, scientists announced today in the New England Journal of Medicine that they have been able to eradicate leukemia in three trial patients by means of a new genetically modified T-Cell that is able to rapidly seek out and destroy cancer cells. For years scientists have been looking for a way to boost the immune system to better be able to fight off cancer. Up until now attempts to modify T-cells have been mostly unsuccessful as they fail to reproduce well and quickly disappear but in this study researchers were able to turn T-Cells into cancer killing “assassins” capable of eradicating up to 5 pounds of cancerous tissue in as little as three weeks.

Three patients with advanced chronic lymphocytic leukemia had blood drawn by researchers. This blood was then subjected to a new gene-therapy that modifies T-cells to attack cancer cells much the way they normally would a virus.  The genetically altered T-cells are implanted with genes that tell them to do two things; reproduce and kill cancer cells. Once the blood was modified it was returned through three blood-transfusions. For the first few weeks there was little change but around the third week patients began exhibiting severe flu like symptoms that are the hallmark of tumor lysis syndrome, the illness experienced when a large number of cancer cells die in a very short period of time. After 28 days the patients had recovered from the tumor lysis syndrome and two were completely cancer free.  A year after the blood infusions two of the patients remain in remission and one has improved by 70, far exceeding the expectations of the study’s authors. The only drawback to this therapy appears to be that some healthy infection-fighting blood cells were destroyed which required the patients to undergo additional monthly treatments

Up until now bone marrow or stem cell transplants have been the only treatment available for chronic leukemia but both of these come with a high mortality risk and only a 50% success rate. What makes this new gene-therapy so exciting is that for the first time researchers have found a way for the body to attack cancer cells itself rather than relying on medications and treatments that too often stop working over time. Because of the limited scope of the initial study the scientific community is being reserved in its reaction but there is also an enormous amount of enthusiasm regarding the possible applications of this new therapy. New studies are already being launched to see if gene-therapy can be used to treat brain, ovarian, pancreatic and prostate cancers as well as other types of leukemia and while no one is sure yet whether this treatment can cure cancer permanently, early indications show that even after months the altered T-cells retain their memory and are able to seek out and destroy cancer cells.