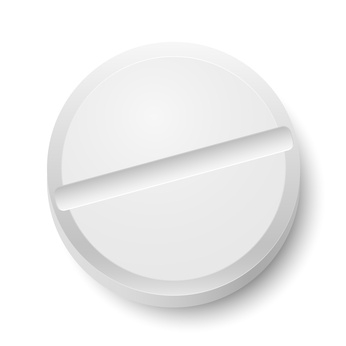 We’ve known for some time now that Aspirin has more uses than just relieving pain. In fact, for those at risk of having a heart attack, regular use can be lifesaving. The newest suggested use, however, you may not have seen coming.

It appears that in postmenopausal women, taking aspirin 2 or more times a week can lower the risk of developing melanoma by 21%.

Melanoma continues to be one of the most feared and dangerous cancers that strikes all too often. How often? According to the American Cancer Society, their estimates for 2013 reveal that nearly 76,690 new melanoma cancer diagnoses will be made. Of these, it’s projected that about 45,060 cases will occur in men while the remaining 31,630 will be in women. As far as race is concerned, white skin is 20 times more likely to develop this form of cancer than African Americans. While there are ways to protect your skin, the use of aspirin may be an added protector. Hopefully one that eventually could cause the increase in melanoma over the last 30 years to finally be on the decline.

The study, which will be published today in the journal Cancer, consisted of data collections from women ages 50 to 79 who took part in the Women’s Health Initiative. Researchers used the reports of roughly 60,000 Caucasian postmenopausal women. When these women began, the reported the medication they were taking at the time and then three years later they once again reported their medication use. Of all those surveyed, 25% were lumped into the group of “aspirin takers” based on the fact that they took the over-the-counter medication 2 or more times per week.  NSAID use was looked at as well. Of these women, 15% took non-aspirin NSAIDS.

While NSAID use seemed to have little to no impact on the likelihood of melanoma development, aspirin did appear to reduce the volume of women affected.

How can Aspirin Diminish Melanoma Risk?

Medical experts are saying that perhaps the correlation between lower cancer risk and aspirin use has something to do with it’s ability to reduce inflammation. When an area becomes inflamed, the body is essentially fighting off an attack. Along this same train of thought, if inflammation is reduced then so to may be the risk for rapid cell growth which is what can lead to the onset of cancers like melanoma.

In order to make a full recommendation for aspirin use in women, a clinical study will be the next step. Even though the research requires further examination, this could be a breakthrough in the way we prepare our bodies to ward off cancer. And as the study authors explained, sunscreen should never be forgotten as this is currently the main way to protect against melanoma.