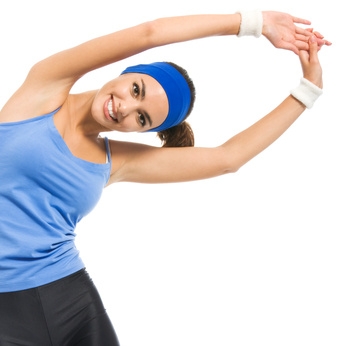 While it has advanced us in many aspects of our lives including communication, entertainment and even health, a new study shows that simply watching avatars exercising and maintaining healthy habits may be enough to prompt others to get on the fitness bandwagon.

When the women involved in the study watched a video about healthy weight loss habits featuring an avatar similarly shaped to themselves, they were more likely to work out the next day. Since obesity was officially declared a disease on June, doctors have been forced to look at this problem a bit more seriously. According to the CDC, nearly 36% of U.S. adults are obese. Obesity is associated with a wide range of preventable illnesses and diseases and the growing trend toward excessive weight gain has highlighted the need for new motivational tools.

This recent small study was published this month in the Journal of Diabetes Science and Technology. The group began with 128 women who were asked if they would be willing to test this virtual realty game of sorts to see what impact it would have on their weight loss goals. Eight-eight percent were willing to give it a shot and the majority had no real background in gaming or virtual reality.

The first step involved having a group of women use the game, though they were not able to change the behaviors of the avatars, they were able to change their physical characteristics to make them appear more like themselves. The video lasted 15 minutes.

Over the course of 4 weeks, the women watched the DVD. The basics of healthy eating were covered, including watching the avatar sit down to a well portioned meal, exercise etc. The women also set weight loss goals and at the end of the money, the average amount lost was 3.5 pounds.

While the long term benefits have not yet been studied, it seems this may be another tool that can strike a chord with women who don’t even have any background with virtual games. The more tools we put out there, the greater the chance that obesity rates will begin to plateau and even decline in the coming years.