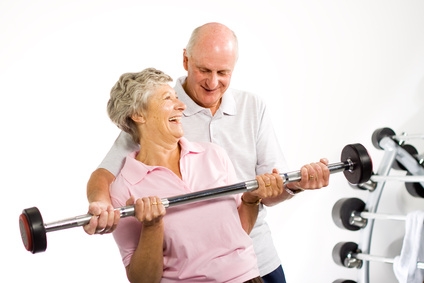 It’s not an entirely new medical breakthrough, in fact, it’s something you’ve probably been told all your life.

Exercise and physical activity are important for not only maintaining a healthy body, but a healthy mind too. However, several new studies have focused on the correlation between exercise and it’s effect on sleep patterns to further understand it’s benefits.

Recently, scientists from Northwestern University have found the best cure for insomnia out there – hint:  it won’t cost you a dime and it doesn’t come in a pill form.

You guessed it, exercise may me just what the doctor ordered for a good night’s sleep. This could be great news for the more than 35 million senior citizens who suffer sleep problems.

This study is the first to track the impact aerobic exercise has on insomnia in middle age and the older adult population. The design of the study consisted of 23 adults who did not ordinarily exercise and all reported sleep difficulties at night which impaired their daily functioning. The majority of these participants were women over the age of 55. The test group was randomly placed into one of two workout regimes.

Results were measured in both groups over 16 weeks with participants exercising at 75% of their maximum heart rates in two activities.

In a control group the opposite was measured, not physical but mental exertion. In this group participants took part in activities to keep their minds active, like lectures and cooking classes, for 45 minutes 2 to 5 times a week for the same 16 week period.

The results concluded that the adults who were working out regularly were able to alter their overall mood and also reported sleeping much better than before beginning their exercise routines. This suggests hope and help for other older adults who suffer from insomnia. Even those who are in their 20s and 30s can find a more deep and restful night’s sleep through exercise. Additionally, when these young adults eventually reach middle age and experience the normal sleep pattern changes, having established an exercise routine, will make the transition that much easier.

With news stories  reporting the nation’s growing obesity problem daily, it leads many to wonder how we got to this state? Many believe it is partially the result of over-sized portions and the lower cost of “junk” food as opposed to health food, but when you see the stats regarding how many Americans exercise regularly, it’s easy to see that there is more to the problem.

According to the American Time Use Survey, which contains data collected between 2003 – 2008, each day only 5% of Americans take part in physical “rigorous” activity. Conversely, “sedentary activities” are a daily part of the lives of 85% of the population. These include things like watching movies or television.

Exercise has more benefits than can be listed, from sleep habits to mental health and body tone, the improvements mentally and physically are bountiful.  For those who can incorporate at least a little  physical activity into their daily routines, the health possibilities are well worth working up a sweat for.